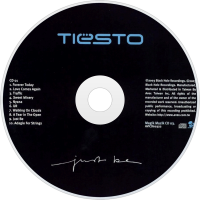 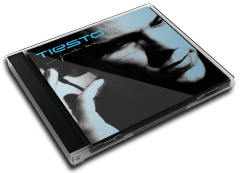 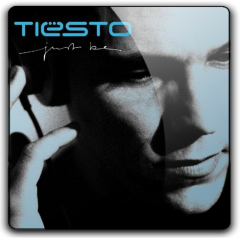 Just Be is Tiësto's second artist album, released on 6 April 2004 in the Netherlands and 15 May 2004 in the USA (see 2004 in music). The album features BT, Kirsty Hawkshaw, and Aqualung on vocals. There is also a remake of Samuel Barber's "Adagio for Strings". The album's singles were "Love Comes Again", "Traffic", "Just Be" (the title track), and "Adagio for Strings". The track "Sweet Misery" was originally written for Evanescence but it did not meet the deadline for the release of their album.

User Album Review
Recently crowned the world's most popular deck general by DJ magazine - for the second time no less - Tiësto (aka Tijs Vervest) follows up 2002's acclaimed In My Memory with his sophomore set, Just Be. A year under construction, the largely self-producedalbum continues the recent trend and resurgence in Dutch trance that has seen fellow compatriots, including Armin Van Buuren and Ferry Corsten become demigods within the genre.
Since his acclaimed debut he's also chalked up an impressive remixography that includes a veritable who's who of 21-century club culture - Kosheen, Faithless, BT, Paul Oakenfold and Moby, with whom he extensively supported during his American tour.
Opening with the cinematic epic "Forever Today", which rises from a whisper to rasping heights in the space of a few bars, the pumped up frenzy continues on "Love Comes Again". A dark-drum attack, and the current single, it features a monotone vocal from pioneering trance producer Brian 'BT' Transeau; an obvious influence on the latest generation of prog-mister.
Tiësto's European success, particularly in his homeland, is an amazing testimony to not only his popularity, but also that of trance. "Traffic", the lead single, peaked at number one in the Dutch singles chart amazingly keeping Justin Timberlake off the top spot. Indeed, the album's finale, "Adagio For Strings", Tiësto's reinterpretation of the classical piece by Samuel Barber, was originally conceived as an introduction for his a live concert in Holland that attracted no less that 30,000 fans. Burbling progressive basslines and synths create a pulsating soundscape of rippling effects, flanging grooves and squelching acid flashes.
Vocals are aplenty, with long-time collaborator Kirsty Hawkshaw (Opus III) handling a brace of well-constructed numbers - the dark and broody "Walking In Clouds", along with the epic title track. But it's Aqualung's Matt Hales that steals the show on one of the album's few down tempo offerings, the spine chillingly eclectic, "UR".
Unlike Corsten's recent long-player that mixes and matches dance genres to create a far more palatable listening experience, Just Be is a more concentrated trance session aimed at those expecting to hear a replica of his live DJ set. In sum, he is giving the people exactly what they want, although at times in so doing he is guilty of sounding a little too clichéd in the process.