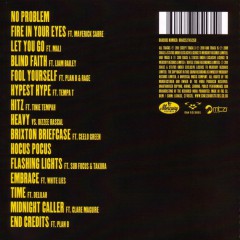 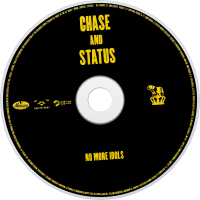 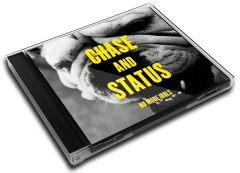 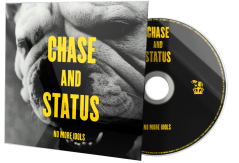 No More Idols is the second album by British production duo Chase & Status, released on 28 January 2011. No More Idols marks the first major full-length release by Chase & Status since their debut album More than Alot three years prior; a period in which the group signed a major management deal with Jay-Z's Roc Nation and focused more on producing for other artists including Rihanna's 2009 album Rated R.
Produced entirely by the group, No More Idols features vocal contributions from primarily UK talent including Tinie Tempah, Dizzee Rascal, Clare Maguire, Tempa T, White Lies and long-time collaborator Plan B amongst others. Upon its release the album met with generally positive reviews, receiving comparisons to similar acts such as Pendulum and The Prodigy. The genre-bending production style employed on the album was noted as a stand-out feature. The album was preceded by three singles which attained UK chart success. No More Idols was announced as the seventeenth biggest-selling album of 2011 in the UK, with sales exceeding 461,000 copies.
The song "No Problem" was included in the soundtrack of the game FIFA 12.

Album Review
Saul ‘Chase’ Milton and Will ‘Status’ Kennard are about to become household names with this, their second album. After moderate commercial success with their debut, More Than Alot, the pair of production wizards decided to shift their sights upwards. Having conquered the underground dance scene, they were now looking to the mainstream.
No More Idols is a whirlwind of an album, one that smashes together a hundred genres, from trance to grime, hip hop to indie rock, always keeping the listener on their toes. Songs shift between moods in a heartbeat, pulling the carpet out from under you. And the list of collaborations is both smart and prescient: they’ve teamed up with old pal Plan B, Tinie Tempah, Dizzee Rascal, White Lies, Clare Maguire and Cee-Lo Green ”“ artists that can pull in a vast audience in their own right.
But the real key to No More Idols is its sustained quality. The production, as you would expect, is massive, and the album is packed with memorable melodies, beats and raps. Even the big radio hits (Let You Go, Blind Faith, Hypest Hype, End Credits) don’t stand out, because for each of them there’s a new track waiting to spring its trap. Opener No Problem combines African tribal rhythms with rampant trance beats, and gets the blood pumping straight away; Hitz has a brooding atmosphere that recalls DJ Shadow, and Tinie Tempah’s cocky rap ("I’m the definition of definitive and catchy") complements it perfectly; rising star Maguire’s gothic vocal on Midnight Caller turns it into an epic power ballad.
This is an album infused with the spirit of 1990s raves ”“ see the video of Blind Faith for more the proof ”“ but updated for a modern audience, tracing a line through all the dance music since and picking up tidbits. It emerges in the here and now triumphant and relevant, and it may usher in a new era of dance domination as the cycle spins once again. At 15 tracks, No More Idols does feel a touch bloated: the White Lies collaboration, Embrace, drones on too long and should probably have been left on the cutting room floor, along with Hocus Pocus. But overall this is an impressive album that could prove a game-changer.