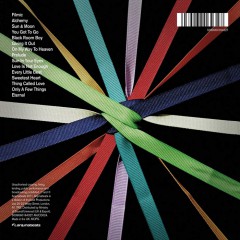 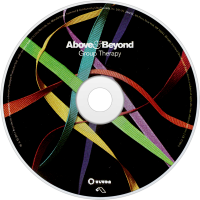 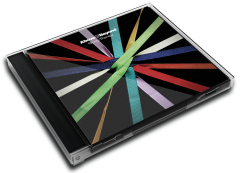 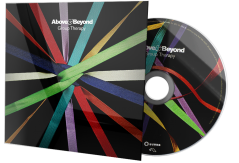 Group Therapy is the second studio album by British trance group Above & Beyond. It was released on 6 June 2011 by Anjunabeats. The album features collaborations with Zoë Johnston and Richard Bedford.

User Album Review
Almost 6 years since their 2006 studio debut Tri-State was released, UK DJ act Above & Beyond has produced yet another masterpiece with their second album Group Therapy. Despite the large gap between studio efforts, the world-renowned trio—comprised of Jono Grant, Tony McGuiness, and Paavo Siljamäki—did not falter in retaining an overwhelming following with their acclaimed remix album of Oceanlab’s Sirens of the Sea as well as their globally-broadcasted radio show “Trance Around The World.” With the release of Group Therapy now under their belt, the trio has proven that they rightfully deserve their spot as DJ Magazine’s Number 5 DJ in the world, and that they are willing to experiment beyond trance.

The first track “Filmic” is the perfect opener for an album entitled Group Therapy. Rather than electronic, the track is more orchestral with a xylophone and strings accompanying a gorgeous piano tune so serene it could be a lullaby. There is a sort of therapeutic sentimentality embedded into the song and it seems that it is preparing the listener for the deeply emotional lyrics of the tracks to follow.

“Alchemy” is one of the catchiest trance tracks on the album with lyrics depicting lost love sung by respected vocalist Zoë Johnston. Johnston, former member of both Faithless and Bent, has collaborated with Above & Beyond in the past and has provided her haunting vocals on six of Group Therapy’s tracks.

The album’s first single “Sun and Moon” features vocals by Richard Bedford who, like Johnston, has been involved in the DJ trio’s previous work and is featured on five of the album’s tracks, including two of its singles. The pleading lyrics—“I’m sorry baby, you were the sun and moon to me”—combined with the fist-pumping synth and hard-hitting beat creates an infectious dance track that has already claimed a coveted spot on BBC Radio 1’s playlist.

“You Got to Go”, “Giving it Out”, and “Love is not Enough” are some of the most upbeat tracks on Group Therapy with contributing vocals by Johnston on each. Although there is a great deal of Above & Beyond’s signature trance and electronic elements, such as string crescendos and synth beats, the emphasis is clearly on the uplifting lyrics present in both songs. These tracks are a refreshing alternative to Johnston’s most heart-wrenching performance in “Only a few Things”, a slow ballad containing lyrics such as “only a few things on the hour in which I die.”

A standout achievement on Group Therapy is the electro-house “Black Room Boy.” With strong elements of both progressive house and trance, the track is one of the most accessible musical numbers on the album. The most intriguing aspect of the song, however, is the lyricism that seems to unfold into a depressing story about a lonely boy stuck in a “black room” because no one will accept him. The song is also unique in that Above & Beyond member Tony McGuiness sings a great majority of the lyrics providing a dark edginess with Bedford’s soothing vocals to compliment.

Another track that seems to take the listener on a journey is “Prelude.” One of only four instrumental tracks present on the album—the others being “Filmic,” the ambient yet synthy “Sun In Your Eyes,” and the heavenly closer “Eternal”—“Prelude” kicks off with a hard house beat but gradually incorporates upbeat percussion and subdued strings to soften the track into a buttery crescendo that features what appears to be tribal chants. The trio blends each element flawlessly and provides a much-welcomed ray of sunlight in the middle of the album to relieve their listeners of the gray clouds present in many of the tracks.

Despite their dabbling in rather eclectic mediums, Above & Beyond did not stray far from the trance that has made them famous. In “On My Way To Heaven,” Bedford provides a vocal build-up accompanied by only a steady beat and a few piano chords until the beautiful string lead-in that brings back both the dance-worthy beat and piano chords as soon as Bedford utters the word “heaven.” “Sweetest Heart” is mostly instrumental aside from Johnston’s occasional vocal cameo of “you have the sweetest heart.” The track is perhaps the album’s most trance-heavy in its consistent drum machine-style beat, ethereal strings, and simplistic piano melody.

Group Therapy is an emotionally driven and thoughtfully produced album that captures the essence of human frailty and desire. Each track has its own distinctive sound and each lyric is written deep from within the clutches of the soul. Whether it is the implementation of house, trance, or even tribal elements, Above & Beyond effortlessly created their own musical rendition of the ups and downs in life with Group Therapy.