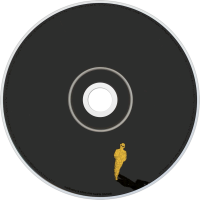 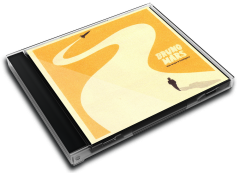 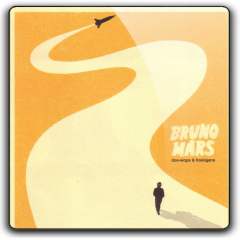 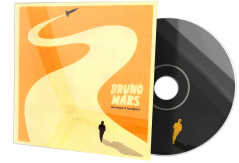 Doo-Wops & Hooligans is the debut studio album by American singer-songwriter Bruno Mars, released on October 4, 2010. Mars' writing and production team The Smeezingtons were credited with writing all songs and serve as the album's executive producers. The album's title refers to doo-wop music and was chosen to reflect simplicity, as well as appeal to both males and females.

Two digital singles—"Liquor Store Blues" featuring Damian Marley and "Grenade"—were released to promote the album. Lead single "Just the Way You Are" was released on July 19, 2010, and topped the Billboard Hot 100 for four consecutive weeks, going on to become an international top ten hit. "Grenade" was later announced as the second single, and has charted in the top ten in Australia, Canada, New Zealand, as well as becoming his second consecutive number one in the US and UK. "The Lazy Song" was released as the third official single from the album in Spring 2011, peaking at #4 on the Hot 100 and becoming his third consecutive number one single in the UK as a solo artist.

Doo-Wops & Hooligans charted at number three on the Billboard 200 and in the top ten of music charts in Australia, Canada, Ireland, and New Zealand. The album received generally mixed to positive reviews from music critics. The usage of a wide variety of influences was noted by critics, with musical comparisons made to Michael Jackson, Jason Mraz and Little Richard. The album received a total of seven nominations for the Grammy Awards in 2011 and 2012 including Album of the Year and Best Pop Vocal Album. Mars embarked on a US headlining tour throughout November and December 2010 to promote the album. Doo-Wops & Hooligans was announced the third biggest-selling album of 2011 in the UK, selling approximately 1,214,420 copies. Worldwide the album has sold over 6 million copies.

Album Review
Every day, life presents us with puzzling posers. Why did the Crazy Frog have a penis? It makes no sense. Others are far easier to tackle. Recently, the music press asked, for roughly the nth time: is rock dead? The foundation for said inquisition: rock tracks accounted for only three of the UK’s 100 top-selling singles of 2010. And the answer is, of course, no. But it’s the success of jack-of-all-trades artists like Bruno Mars (pop, soul, reggae, RnB – he has a crack at them all), whose two British singles to date have both topped the chart, that threatens rock’s influence on this nation’s impressionable youths.

Which is, frankly, a disaster in waiting – this is some of the most uninspired music one might stumble across in 2011. Doo-Wops & Hooligans rather lays its cards on the table with its title alone – doo-wop suggests simplicity and accessibility, but hooligans, well, they can be trouble. Appropriately, this is immediate fare, every little motif and melody geared for maximum commercial appeal (i.e. the record lacks any individuality or personality whatsoever, unfolding as a mush of well-known artists past and present). The danger, though, doesn’t stem from a little tension in the lyrics or dynamic flair in the arrangements. No. The danger is that unless Mars is stopped, there will be more of this. More music that wants to be The Script one minute and Michael Jackson the next; music which strums its way into existence with the same vapidity that fellow Hawaiian Jack Johnson has constructed a career on; music so spectacularly beige that it’s a wonder anyone has picked it out from the crowd before now.

Perhaps Mars’ name is accountable for his achievements to date. It’s something US artists do well, adopting monikers that make them sound like super heroes. Bruno Mars (real name Peter Hernandez): you can imagine him swooping in to save the damsel in distress. Whereas domestic chart-toppers likes Tinie Tempah and Dizzee Rascal sound more like rejects from the Bash Street Kids gang. A couple of contributors inject a little colour into proceedings – Damian Marley spends ten in the studio for a few bars of Liquor Store Blues, and B.o.B. returns the ‘featuring’ favour, after his Mars-guesting Nothin’ on You hit, by showing up on closer The Other Side. But when Mars is left to his own devices, inspiration vaporises (this, despite some fine past form in a producer role). Marry You is a too-clingy and very creepy love song, Talking to the Moon a ballad devoid of detectable emotion, and Grenade fails to observe the first rule of catching said explosive device: toss the thing back.

The slushy sentiments will click with a tweenager in the throes of a first crush – but anyone with life and love experience beyond passing notes around at the back of class is advised to pass on this collection of monochrome musings in favour of something with a heartbeat. Perhaps, even, something that rocks.