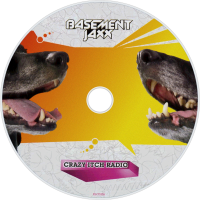 It was originally scheduled for an early 2006 release but the release date was put back.

"Hush Boy", "Take Me Back to Your House", were released as singles. "Hey U" was released as a single to digital download services in March 2007.

User Album Review
At the risk of stating the obvious... Basement Jaxx, they're not The Smiths are they! Cos their music is sooooo HAPPY! The sadness and pathos of Latin and Gypsy music, which clearly influence their eclectic play on house and disco, seems to have passed them by. Don't the handsome duo from down Brixton way ever feel a bit dull and depressed? Is there really so much sunshine in SW9?
That said there are some great things about the Jaxx. They're afantastic singles band ("Where's Your Head At?", "Bingo Bango", "Lucky Star") creating the sort of music which unites trendy uncles, hyperactive seven year olds and young urban sophisticates. The perfect band to headline Glastonbury!
And there are some high points on Crazy Itch Radio "Hush Boy" and "Take Me Back To Your House" will undoubtedly make their presence felt in the singles chart. But there's only so much off kilter craziness you can take in one sitting.Plus the radio station segues - that were passably interesting when A Tribe Called Quest did it about 200 years ago - just sound plain naff.
Basement Jaxx are great in small doses... but this dose is just a bit too large for anyone with a less than terminally sunny disposition.