Whatever People Say I Am, That's What I'm Not

02) I Bet You Look Good on the Dancefloor 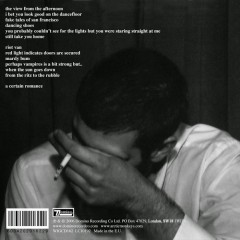 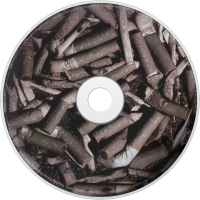 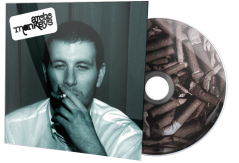 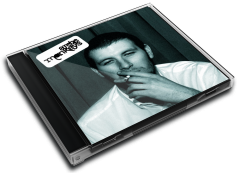 Whatever People Say I Am, That's What I'm Not is the debut album by English indie rock band Arctic Monkeys, released on 23 January 2006. The album became the UK's fastest selling debut album, shifting over 360,000 copies in its first week, and remains the fastest selling debut album by a band. It has since gone quadruple platinum in the UK . The album includes both tracks from the band's original EP, Five Minutes with Arctic Monkeys, as well as their first two singles and UK number ones, "I Bet You Look Good on the Dancefloor" and "When the Sun Goes Down". It has since appeared in several critics' publications, and is often cited as one of the best rock albums of the decade. It was ranked number 371 on Rolling Stone's 500 Greatest Albums of All Time.

The common thematic content of Whatever People Say I Am, That's What I'm Not has led to it being considered by some a concept album concerning "the lives of young Northern England clubbers". All tracks record first-person narratives of observations made within this context. "I Bet You Look Good on the Dancefloor", "Still Take You Home", "You Probably Couldn't See for the Lights But You Were Staring Straight at Me" and "Dancing Shoes" all examine human behaviour in nightclubs. Alex Turner describes "Dancing Shoes" as being about "people always looking to pull when they go out however much they mask it." Other songs examine other aspects of nightlife; "From the Ritz to the Rubble" is an account of nightclub bouncers, "Red Light Indicates Doors Are Secured" tells the typical experiences and troubles of getting a taxicab after a night out, and "When the Sun Goes Down" was inspired by prostitutes in the locality of their practice room in the Neepsend district of Sheffield. Other songs are themed on romantic relationships, such as "Mardy Bum", or youth subcultures, such as "Fake Tales of San Francisco" and "A Certain Romance". In NME's list of top 100 tracks of the decade, "A Certain Romance" was described as "a strangely even-handed song which starts out scorning local townies then appears to absolve them at the end of the song."

Album Review
Over three years on from the bomb-in-your-pocket blast of Arctic Monkeys’ introduction to the mainstream – two consecutive number one singles, and a chart-conquering debut album, represents quite the eruption from the blocks – it’s only by considering the pair of long-players that have followed it that one can begin to find relative fault with the Sheffield band’s first foray into audience affections.
With hindsight, 2006’s Whatever People Say I Am, That’s What I’m Not lacks both the acerbic edge of its fairly immediate successor Favourite Worst Nightmare – released just 15 months later – and the sense of completeness conveyed by their most recent, Josh Homme-assisted affair, Humbug. But the same – that the debut doesn’t match its follow-up releases – could be said of many a domestic indie success: Radiohead’s Pablo Honey is an embarrassment placed beside the superlative structures of The Bends, and Pulp didn’t hit their stride until fourth effort, His ‘n’ Hers. Granted, Oasis have perhaps never bettered Definitely Maybe, but they’re the exception to what’s otherwise a fairly established rule.
Exuding the ramshackle character of their preceding (freely distributed) demo material, much of Whatever People Say… flows at a rambunctious pace, its players’ shortcomings at the time masked by an infectious energy – listening back, it’s the spirit of When the Sun Goes Down and I Bet You Look Good on the Dancefloor that nailed them to our hearts, not any particular compositional flair (Alex Turner’s John Cooper Clark-indebted lyricism aside). With their innocent faces but wicked tongues, the Arctics were always a commercial proposition in waiting; Domino’s success in signing them sped the process up, but it’s hard to imagine a world without these songs finding a sizeable audience, label assistance or not.
The album’s clearest hooks are broad enough to cover several sub-genre bases, while the spiky riffs appeal instantly to punk-minded indie kids after something with true bite – especially after the likes of Keane and (modern era) Snow Patrol took the torch passed by Radiohead et al and proceeded to dampen it down to a smouldering shadow of its former self. Today’s definition of what passes for an indie band has everything to do with this album: it redefined one’s musical lexicon, pinching from the past but resolutely contemporary with its tales, however faked, of young-adult-eye-level social minutiae.
And it’s for its legacy, rather than actual content, that Whatever People Say… warrants categorising as a classic of its era. Its roots might not stretch deep, but branches continue to sprout forth from its frame

zag says: 9 months ago
Brilliant debut album that I could listen to over and over again. There is the popular "you look good on the dancefloor" but I also love "riot van" as well.