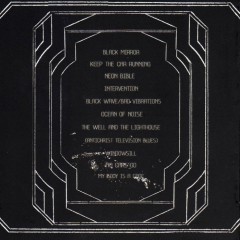 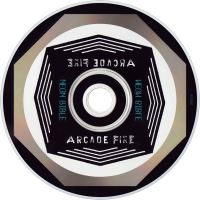 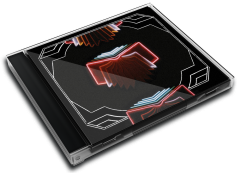 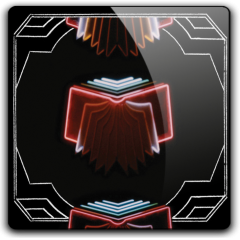 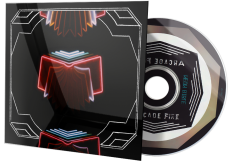 Neon Bible is the second studio album by Canadian indie rock band Arcade Fire. It was first released on March 5, 2007 in Europe and a day later in North America by Merge Records. Originally announced on December 16, 2006 through the band's website, the majority of the album was recorded at a church the band bought and renovated in Farnham, Quebec. The album is the first to feature drummer Jeremy Gara, and the first to include violinist Sarah Neufeld among the band's core line-up.

Neon Bible became Arcade Fire's highest-charting album at the time, debuting on the Billboard 200 at number two, selling 92,000 copies in its first week and more than 400,000 to date. Being released within a month of similarly successful releases by The Shins (Wincing the Night Away) and Modest Mouse (We Were Dead Before the Ship Even Sank), Neon Bible was cited as an example of the popularization of indie rock. Critics gave the self-produced Neon Bible mostly favorable reviews, although with division over the album's sound. Publications like NME and IGN praised the album for its grandiose nature, while Rolling Stone and Uncut said that it resulted in a distant and overblown sound.

Production
Following the release of Funeral (2004), which had been recorded in an attic studio known as Hotel2Tango, Arcade Fire decided a permanent recording location was necessary. Following their tour in support of Funeral, the band bought the Petite Église in Farnham, Quebec. Being used as a café at the time of purchase, the Petite Église had once been a church and a Masonic Temple. Once renovation of the church was complete, the band spent the latter half of 2006 recording a majority of the album there. Michael Pärt produced additional recordings in Budapest, recording the Budapest Film Orchestra and a military men's choir. Other sessions included one in New York, where the band recorded along the Hudson River to be near water.

Having produced most of the album themselves, the band decided to bring in someone else for the mixing. Tracks were sent to several well-known mixers/producers to experiment with and after deciding they liked Nick Launay's ideas best, the band invited him to their studio to work on the songs further. For a month Launay worked with the album's engineer and co-producer Marcus Strauss on the mixing of each song, with the band regularly driving up from Montreal to assess their progress. In an interview with HitQuarters, Launay described the mixing process as a "playful thing".

Composition
Beginning work on Neon Bible immediately following a North American tour in support of the band's first album, Funeral, songwriter Win Butler, born in the United States but having lived in Canada for several years, said that he felt he was observing his homeland from an outsider's point of view. The album is rooted in Americana themes, with Bob Dylan, Bruce Springsteen and Elvis Presley being cited as influences.

Arcade Fire began recording with what would become "Black Mirror" and a reworking of the Arcade Fire EP song "No Cars Go" as their starting point. Once the title of the album was decided upon, the band was further inspired after they, according to Will Butler, "watched a lot of TV preachers, get-rich-quick schemes on YouTube." The band was also attracted to using the ocean and television as central images for the album, with Win Butler saying the ocean imagery symbolizes a lack of control; of television, Butler stated that:

People don't necessarily know that they're taking on a worldview, or absorbing ideas . It doesn't necessarily seem like , but it definitely does. I find it very easy to get sucked in. It starts to affect the way you see the world.

— Win Butler, Interview, Pitchfork
These ideas are reflected in the arrangement and composition of the album, which lead to a sound of dread and dissonance. The band used a number of less common instruments to achieve this sound; in addition to the orchestra and choir, Neon Bible features a hurdy-gurdy, mandolin, accordion and pipe organ. Win Butler has said that in conceiving the album he hoped for a more stripped-down sound but the songs demanded further instrumentation.

Artwork
The artwork for the album is a photograph of a six-foot neon sign that the band commissioned for use while on tour. In the photograph used for the cover, the lighted Bible is caught in mid-flicker. Rolling Stone named the artwork one of the five best of the year. AOL Music cited the cover as an example of an artist "keeping artwork alive." The artwork would go on to win Tracy Maurice and François Miron the Juno Award for best CD/DVD Artwork Design of the Year. Frontman Win Butler stated in an interview that the album title is derived from him being particularly attracted to the image, not from the John Kennedy Toole novel The Neon Bible.

Album Review
In 2005, Time Magazine put Arcade Fire on its cover, beneath the banner headline: "Canada's Most Intriguing Rock Band". It's tempting to call that the most underwhelming use of a superlative since Princes Harry and William were dubbed the best-looking members of the royal family, but Time's headline writer had a point. There is something oddly intriguing about the Montreal-based sextet, with their onstage costumes and penchant for performing unamplified in the middle of the audience - an aura of the unknown that seems all the more remarkable given the current desperate shortage of mystique in rock music. A peculiar combination of technology and nosiness has done for it. It's hard to build a romantic myth around rock stars who insist on laying the most humdrum aspects of their life bare in blogs packed with petty grievances: would Iggy Pop have seemed such a heroic figure if, after every Stooges gig, he'd picked the broken glass from his chest, mopped up the blood, put his penis away and hurried home to type 450 words indignantly protesting about the lack of skimmed milk backstage and how the press always sensationalise everything?

It's a world from which Arcade Fire have opted out. Most members of the band decline to be interviewed at all. Frontman Win Butler acquiesces only occasionally, and when he does, the results lead you to fear he may be waging a lonely war against media intrusion that involves trying to bore the world's journalists to death, one by one. One section of their website is tantalizingly titled Personal Secrets. Click on it, and you discover that one member has posted, without explanation, three blurred pictures of himself trying out various sit-on lawnmowers.

If anything, Arcade Fire's second album seems even more shrouded in mystery than their debut, 2004's 500,000-selling Funeral. Then, Butler sketched in a few autobiographical details to clarify its interest in power cuts, ice storms and Haitian dictator Baby Doc Duvalier; this time, he's been less forthcoming. But if specifics are thin on the ground, you hardly need anyone to point out its overall preoccupation. The first intimation of coming Armageddon arrives fewer than 90 seconds in and Neon Bible is still waving its End is Nigh placard as it draws to a close. Every song is replete with dread, nameless or otherwise: you're never far away from a rising tide or a grim prognosis or persons unknown kicking in your door in the dead of night. The sources of the apocalyptic disquiet are diverse - Windowsill manages to finger both "a holy war", and, more originally, MTV - but the end result never varies: "a time is coming - all words will lose their meaning", "not much chance of survival", "nothing lasts forever".

Nor does there seem much chance of the end of days being enlivened by the reappearance of a Messiah. The Christian figures on the album are subject to mockery. Building Downtown (Antichrist Television Blues) scornfully depicts a God-fearing father who seems to believe he can escape the horrors of the post-9/11 world by pushing his teenage daughter into showbusiness. Intervention is musically breathtaking - it opens with a pipe organ playing a portentous fanfare that quickly resolves into a sort of garage-rock riff, then gradually builds into an utterly glorious climax - but it's fuelled by withering disgust at anyone claiming God is on their side.

Intervention is perhaps the prime example of Neon Bible's masterstroke, which is to set all this doom-mongering to joyously uplifting music. There are soaring string arrangements, beautiful backing vocal harmonies, harps and French horns, great welling choruses and, perhaps more surprisingly, thwacking, propulsive rhythms. It's hard to think of another album that rocks in such an epic manner without sounding completely ridiculous. The effect is of a kind of triumphant gloom. The music implies you should be throwing a party at exactly the same time as the lyrics suggest you should be hiding under the table with your jumper pulled over your head. Throughout, it's difficult to work out what the Arcade Fire might have been listening to: a rare and satisfying sensation in 2007, when virtually everything sounds a bit like something else. The album's originality carries you through the odd moment when ambition outstrips ability, not least the closing My Body is a Cage, which rather overdoes the church organ in service of a lyric that sails perilously close to the perennially disheartening topic of how terrible it is being in a successful rock band.

But that's a rare misstep on an otherwise remarkable piece of work that at times seems magical. An album this mired in fathomless darkness shouldn't sound so dazzling, but it does. Like the band who made it, Neon Bible is a thrilling enigma.