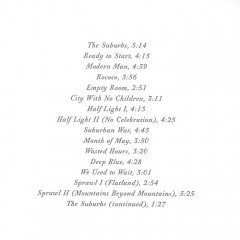 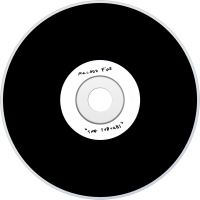 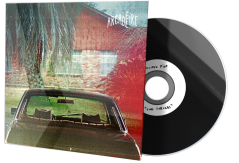 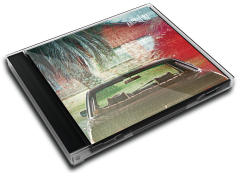 If 2007’s Neon Bible was supposed to be Arcade Fire’s difficult second album, it didn’t show. Top marks from a cavalcade of critical tomes saw the Montreal septet’s sequel to their breakthrough debut long-player of 2004, Funeral, received with just as much reverence as its predecessor. So what of The Suburbs, arriving after another three-year period which saw its makers record in both their hometown and New York?

Even on a cursory listen, a water-testing foray into its 16 tracks, it’s immediately apparent that this is an album unlike either that came before it. While Funeral and Neon Bible were great sets, their strengths laid primarily in a handful of stand-out selections – Wake Up and Power Out on the former, No Cars Go and Black Wave among the highs on the latter. The Suburbs appears to have been conceived as a whole in a manner considerably more studied than the band’s previous attempts. Its sequencing is perfect, the contrast between fiery punk number Month of May and the following acoustic strum of Wasted Hours the most prominent instance of how unlikely tracks are segued with uncommon skill. It’s a convergent collection, too, the opening title-track reprised come the record’s quiet climax, comprising an intro to its earlier, fuller version. Put The Suburbs on repeat and days could pass before the urge to change the record takes hold.

If that sounds like excessive hyperbole, well, you’re probably yet to hear The Suburbs in full. Its stand-alone tracks, as played on radio stations the world over in anticipation of this release, far from tell the whole tale. Month of May, as implied above, is the album’s frenetic fulcrum, but stylistically it’s detached from the majority. Its opener sets a tone of sorts, but it’s one the band has some fun with, filtering influences ranging from Springsteen to Depeche Mode into songs that operate on a level of subconscious infiltration that surpasses the earworm qualities of Funeral’s most immediate cuts. Case in point: the propulsive Ready to Start, which somehow balances an air of anguish with triumphant exclamation; City With No Children takes lyrical cues from dark places but allows instrumental light enough to seep into the mix, creating an end product that’s like the finest Hold Steady song never written.

A brace of two-part pieces, Half Light and Sprawl, is indicative of Arcade Fire’s successful progression to a new dominion of creativity. The former’s string-soaked flourishes are surely set to replace The Cinematic Orchestra’s To Build a Home as the soundtrack to a few thousand television trailers; Sprawl, meanwhile, confirms this album’s conceptual direction atop shimmering synth lines. Alienation and abandonment, social stereotypes and fractured fantasies – all tropes present and correct, the encapsulating title alluding to an outsider status manifested both physically and, more pertinently, emotionally.

“I need the darkness / can you please cut the lights?” Lines like this might seem trite, or at least insincere, coming from a band that’s enjoyed worldwide commercial success, that’s been on general public display for some five years plus. But it’s important to remember that Arcade Fire’s journey from underground obscurity to chart-topping acclaim has been at a trajectory decidedly different to many a music industry heavyweight, more happy accident than orchestrated intent. Emerging from a previously unexplored beyond, their story has always been theirs alone to tell. And The Suburbs is their most thrillingly engrossing chapter yet; a complex, captivating work that, several cycles down the line, retains the magic and mystery of that first tentative encounter. You could call it their OK Computer. But it’s arguably better than that.

Album Review
On an album full of moments when hope turns haunting, the ghosts hang heaviest on the spellbinding “Suburban War,” which comes roughly halfway through Arcade Fire’s blazingly intense third album. Against solemn ringing guitar, Win Butler sings about a man remembering an old friend. Once, the two grew their hair long and vowed to escape, past the fences and pavement, to a place where they could battle on behalf of what was pure. Years pass in a shiver of violin and piano, and now they find themselves fighting different wars. The old friend cuts his hair, then disappears. A martial beat pounds. Butler’s voice trembles, the song steels itself in double-time, and the man peers into the window of every passing car, looking for his old friend’s face, doomed to seek a lost connection. Two lives become shining beacons, distant stars.

If Arcade Fire’s ragtag debut, Funeral, found its ecstatic force by celebrating the elusive comforts of community (hence four songs with the word neighborhood in the title), and 2007’s aggrieved, galvanizing Neon Bible powered forth in opposition to the hollow sparkle of church, state, and celebrity, then the harder, denser The Suburbs burns on behalf of the belief that modern culture is missing its heart — and to give up the search is to send one’s soul to oblivion.

Or, in Suburbs speak, to the Sprawl, where everything is connected but nothing ever touches. The deceptively easygoing title track opens things on a bouncy base of acoustic guitar and piano, as Butler, his resolute howl shaded with emotions absent from his younger self’s wounded yelp, struggles against self-doubt (“Sometimes I can’t believe it / I’m moving past the feeling”) and the suspicious, show-me stance of the kids who wanna be so hard.

Those kids return as cynical art schoolers in “Ready to Start,” warning Butler that businessmen will drink his blood, their own vampirism made seductive by a throbbing, death-wish bass line and rush of clanging guitar. Things downshift on the third track, “Modern Man,” a gentle folk-rock ramble outfitted with glassy keyboard shudders that gradually evolve into majestic arabesques on the subsequent “Rococo,” where modern kids build things up just to burn them down and the world crumbles in a craggy guitar solo.

This is a bigger, more byzantine Arcade Fire. Words that serve as master keys in one lyric become hushed whispers in another. Looped sounds of lonely traffic and needles stuck in endless grooves act as segues. “Jumping Jack Flash” echoes in the clarion-call guitars of “City With No Children” while the rapturous “Half Light II (No Celebration)” resounds with “Baba O’Riley” piano chords. Safety-pin punk and campfire folk share space on the punch-caress combo of “Month of May” and “Wasted Hours.” Butler’s consumptive croon in “Sprawl I (Flatland)” is rejuvenated by Régine Chassagne’s seraphic wail on “Sprawl II (Mountains Beyond Mountains).” There are no wrong turns.

Radiant with apocalyptic tension and grasping to sustain real bonds, The Suburbs extends hungrily outward, recalling the dystopic miasma of William Gibson’s sci-fi novels and Sonic Youth’s guitar odysseys. Desperate to elude its own corrosive dread, it keeps moving, asking, looking, and making the promise that hope isn’t just another spiritual cul-de-sac. After all, you never know who might be coming in the next car.