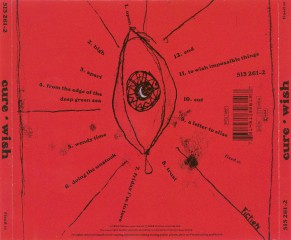 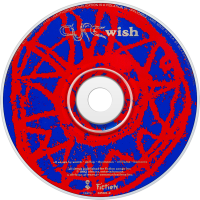 Wish is the ninth studio album by British band The Cure, released in 1992.
The record is the final studio album featuring Boris Williams and the first featuring Perry Bamonte, as well as being the last album featuring Porl Thompson for sixteen years. Special guest Kate Wilkinson plays the viola on the track "To Wish Impossible Things".
Although not as well received by critics as Disintegration (1989), Wish is the band's overall highest charting album, given its debut at number one in the UK and number two in the United States, where it sold more than 1.2 million copies.
The album's second single, "Friday I'm in Love", became one of the band's most popular songs - reaching number six in the UK, number seventeen in the US and number one in South Africa.
Wish also nominated for the Grammy Award for Best Alternative Music Album in 1993.