07) That Don't Impress Me Much 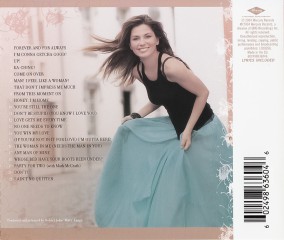 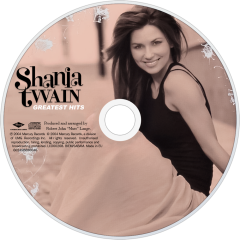 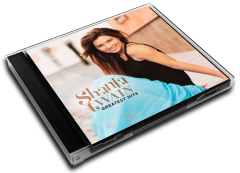 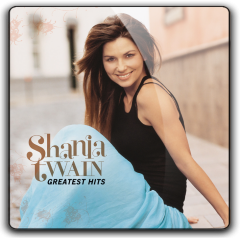 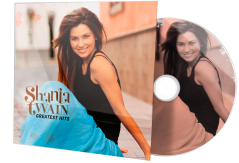 Greatest Hits is a greatest hits album by Shania Twain, released in 2004 (see 2004 in music). The album contains 17 hits (18 on the International album) from her three Diamond albums The Woman in Me, Come on Over and Up!. Also included are three new songs: "Party for Two" which hit the top ten at country in the U.S. and top ten in UK and Germany, the ballad "Don't!" and "I Ain't No Quitter".

User Album Review
Shania Twain is a much better pop singer than country singer. Her early material, placed at the end of this compilation, is pretty average 'new country'. The songs are routine, the production flat. Shania warbles and gabbles as though her mind is elsewhere.
On the hits from the multi-platinum Come On Over, Shania and her producer Robert Mutt Lange raise their game. Lange has a vision of perfect pop music: bright, shiny, technology driven, stuffed with hooks. Every note and detail is obsessively placed for maximum impact. When the songs are great, the effect is stunning. "Still The One" is wonderful, romantic, sweet; the perfect wedding song. I played it at my own wedding.
"Man! I Feel Like A Woman" is the sound of a thousand Saturday nights in clubs all over the Western World. "From This Moment On" features a beautiful melody, a power ballad with real power. "Honey I'm Home" is Def Leppard for the working woman; "Love Gets Me Every Time" is infectiously cheerful. But when the songs are less than first class they can sound cloying and too fussy. "I'm Gonna Get Ya!" is impressive but "Up!" sounds thrown together.
There are too many exclamation marks -"Kerching!" is a bizarre mistake. Shania attacks greed and consumerism to a backing track that's part Bollywood, part Coolio's "Gangsta's Paradise". It's a bit odd coming from someone who's prepared to stick a horrible disco beat on "That Don't Impress Me Much" in order to sell more copies.
Shania's best is as good as the classic adult pop of the Carpenters, the epic productions of Trevor Horn or even the twinkling machine music of Kraftwerk.But Richard Carpenter would never have gone near something as tasteless as "Kerching!".
This CD is a good Christmas present for Shania Twain fans. For students of pop music, there are many examples of how to do it right here. And how to do it wrong.