03) The Dull Flame of Desire 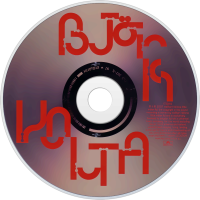 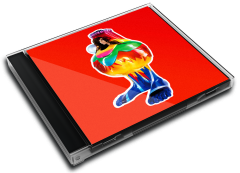 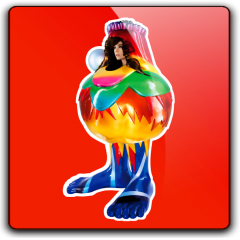 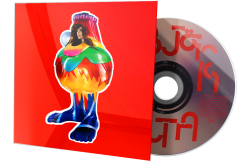 Volta is the seventh studio album by Icelandic musician Björk, released in May 2007. It was produced by Björk, Mark Bell, Timbaland and Danja. The music of Volta was a new style for Björk, focusing on music combining African-influenced beats with horn sections and elements of industrial music. The full album was accidentally made available on the UK iTunes Store at midnight on April 23, 2007 for a total of six hours, two weeks before the album's official release date. This led to the album being leaked online the following day. It has been certified Silver in the United Kingdom.
The album attracted attention due to the inclusion of three tracks co-produced by R&B record producer Timbaland. Volta marked the first of several production collaborations between Timbaland and Björk, whom Björk would cite as a major influence on her musical career. The album was highly acclaimed on its initial release and continues to be praised by critics. Volta spent nine weeks at number one on Billboard's Top Electronic Albums chart and in the first three months of release sold over half a million copies worldwide. The lead single, "Earth Intruders", reached number 67 on the UK Official Download Chart, and number 78 on the main UK Singles Chart, while the remix EP later released charted on its own at #150. In the United States, the song debuted on the U.S. Billboard Hot 100 at number 84 in the issue dated April 28, 2007. Björk went on an 18 month tour in support of the album, which was her first tour in four years.

The album was re-released in June 2009 under the name VoltaÃ¯c. It refers to five separate releases of related material from Volta. The full version of the release will include a CD of 11 songs performed live at the Olympic Studios, a DVD of Björk's live performances in Paris and Reykjavík during the Volta tour, a second DVD of the Volta music videos as well as videos of the top ten runners-up from the "Innocence" video contest, and a second CD of remixes from Volta's singles. The official worldwide release date of all editions was June 23, 2009. The artwork was nominated for an award at the 2010 Brit Insurance Design Awards.

User Album Review
Here’s a mark of just how special Bjork is, how defined her artistic character: she can invite any amount of guests into the studio – African junk-percussion groups, futurist hip-hop producers, improv drummers, emotive torch-singers, Warp Records techno heads – and still come out with an album that sounds like no one but herself. The Icelandic vocalist’s sixth solo studio album, Volta, is both a work of extraordinary, driven experimentation and glorious, singalong pop – outsider sounds carried into the mainstream through Bjork’s sheer sense of vision.
The opening '’Earth Intruders’' sets the tone for Volta’s multi-faceted, guest-heavy approach. Produced by Timbaland and featuring percussion from collaboration-happy improv drummer Chris Corsano and Konono No.1, a Congolese shanty-town collective who build a polyrhythmic shuffle out of makeshift percussion and electric thumb-pianos, it’s an ecstatic, bounding war march, Bjork chanting ‘We are the earth intruders/We are the paratroopers/Stampede of sharpshooters’. There’s more evidence on Volta that Bjork’s in a percussive kind of mood – Corsano pops up on another tracks, ‘I See Who You Are’, while another freeform drummer, Brian Chippendale of experimental duo Lightning Bolt adds a distant, chaotic rumble to the Antony Hegarty duet, ‘’The Dull Flame Of Desire’’. But just as common is jarring techno beats, the warm horns of an Icelandic brass section, or the twang of the African kora.
Ultimately, then, it’s easiest to understand Volta through the precocious personality of Bjork herself. Here, she sounds energised and politicised - ‘’Hope’’ is a philosophical tract about suicide bombers, while ‘’Declare Independence’’ finds her chanting ‘Start your own currency/Make your own stamp/Protect your language/Declare independence’ over robust electronic beats and glitches. But also, Volta is shot through with a very immediate, live-for-the-moment passion. On ‘’I See Who You Are’’, Bjork celebrates her lover’s body before aging and death takes its toll: ‘Let’s celebrate now/All this flesh on our bones/Let me push you up against me tightly/And enjoy every bit of you.’ Joyful, expressive, brave, intelligent: in short, another great Bjork album.