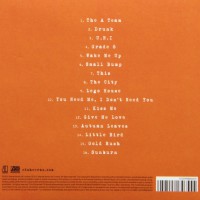 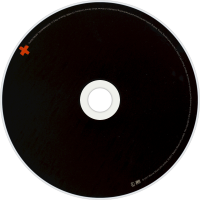 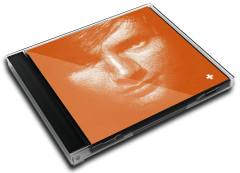 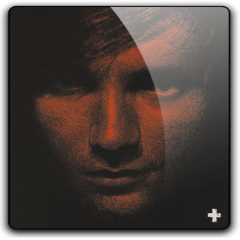 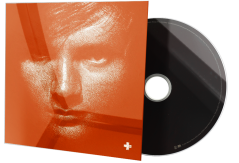 + (pronounced Plus) is the debut studio album by English singer-songwriter Ed Sheeran, released through Atlantic Records on 9 September 2011. The album marks Sheeran's commercial breakthrough, having previously released five EPs independently. Jake Gosling produced the majority of the album, with additional production coming from acclaimed American hip hop producer No I.D.. Upon release, + debuted atop of the UK Albums Chart with first-week sales exceeding 102,000 copies.
Media interest surrounding + was fuelled significantly by its two preceding singles-"The A Team" and "You Need Me, I Don't Need You"-which peaked at number three and number four on the UK Singles Chart respectively. "Lego House" was released on 11 November 2011 as the album's third single and emulated the chart success of its predecessors, peaking at number five in the UK. It was met with generally mixed reviews from music critics.

User Album Review
Lines between genres have never been more blurred than right now, especially in the mainstream. Experimentation with styles and the melding of musical approaches is to be commended, obviously; but to relate authenticity with consistent, similar output is something very wrong indeed, as not everybody singing the same song is coming from the same place. These charting mutations and variations have as much to do with our culture of instant gratification as they do with music growing out-of-date more quickly ”“ and what better person to stand tall at the lectern than 20-year-old Ed Sheeran, whose unlikely combination of acoustic folk and grime has seen him become one of 2011’s biggest domestic successes.
This is a man who’s been couch-surfing for six years while incessantly gigging, putting out new music, plugging, and building a fanbase (and getting said fans to absolutely worship him). He’s worked with grime artists and toured with Nizlopi, getting shout-outs along the way from Elton John and Jamie Foxx. Given the effort he’s put in, it’s certainly hard to begrudge Sheeran his achievements to date. Raised in Framlingham, Suffolk, he could always see further than the confines of his home town, and recorded his first EP aged 14 ”“ the same year MySpace was bought for $580m by NewsCorp, for some context. Hard grafters were slightly easier to spot in 2005, and users of social media had to try harder to define themselves: The JCB Song’s run for the Christmas number one felt like a huge-scale rebellion back then.
But it’s a shame that Sheeran’s biography is a better summation of where we’re at right now than this debut album, on which his precocious self-referencing can become infuriating. You Need Me, I Don’t Need You is unbearable, as he sings, "I’ve done around about a thousand shows / But I haven’t got a house plus I live on a couch / So you believe the lyrics when I’m singing them out". The escapist Drunk is sweet, but his auto-biographical approach to writing has a very limited shelf-life because, essentially, the story just isn’t interesting enough to stretch across 12 tracks. There are standout cuts, though: Grade 8 is a flying track made for radio which opens with a bassline seeped in the nostalgia of Wifey by RnB boyband Next. The City’s chorus also soars; again, the song draws on 90s RnB with Sheeran’s driving, natural delivery and some emphatic drum fills comprising winning constituents.
+ will give Sheeran’s rabid fanbase a lot to love, but it’ll also make him an easy target for critics hungry for new directions in pop, as it fails to really gel the man’s loves of folk and rap. But even though originality isn’t quite what it could be throughout this set, the way he observes and picks situations apart is quite something ”“ something to be developed for album two, certainly. If he ditches his bottom-of-a-Tube-escalator ballads (see Kiss Me) and stops trying to show off, Sheeran could well become a thrilling proposition over an entire long-player, rather than just in all-too-brief moments of magic.