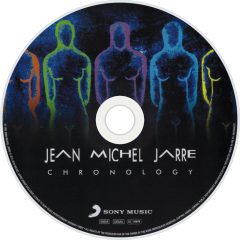 Chronologie (English: "chronology") is an album by French electronic musician Jean Michel Jarre, and was released on Disques Dreyfus (with license to Polydor) in 1993. It is his eighth overall studio album. It is inspired by Stephen Hawking's book A Brief History of Time. "Chronologie Part 4" and "Chronologie Part 5" started out as a composition for the Swiss watch company Swatch. The album was a return to Jarre's usual formula, after Revolutions (1988) and Waiting for Cousteau (1990). The sound of Chronologie was based on a new wave of electronic dance music that had been developing since the late 1980s. Like Jarre's previous album Waiting for Cousteau, Chronologie charted at Number 9 in the UK charts.