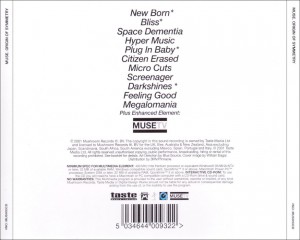 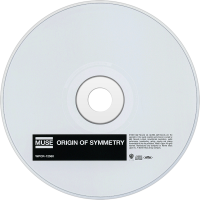 Album Review
To give Origin of Symmetry some context, it was the album that pushed Muse into upper echelons of the charts; a set that marked Matt Bellamy’s lyrics out as speaking defiantly, ponderously, on behalf of Muse’s ever-growing fanbase. During interviews in the run-up, they talked of this album marrying their equally-divided love of Rachmaninoff and Rage Against the Machine, and a growing number of fans lapped it up.
Now five albums in, this colossal second collection ”“ released in 2001 ”“ plays back like a prototype for the music Muse went on to create. Origin of Symmetry documents change and the loss of self; how people around its nameless leader are superfluous, constantly changing. It’s about how something deeper stays the same, and its strained virtuosity proves the perfect partner for the sentiment throughout.
Origin of Symmetry’s aims were always clear: as ‘outsider’ as it feels, the preposterous melodrama is entirely mainstream ”“ something the masses can easily identify with. It shows a band with the drive and unfettered ambition to create a standalone marvel which not only awakens the ghosts and clichÃ©s from prog’s pompous past, but entirely adds its own voice. And Bellamy’s voice is intelligent and familiar, his cold grandiosity spreading like wildfire as the album plays out.
Listening to this with the benefit of hindsight shows Darkshines to be a skeletal foreshadow of Black Holes and Revelations’ Hoodoo, for its falsetto and aggravation. Instruments crash before they burst, with Citizen Erased going the furthest in mimicking feelings of desolation. Micro Cuts is the sharpest-sounding song here, firmly proving Muse to be far more than Queen impersonators.
Bellamy issued a retort to those scared of Muse coming across as too earnest with a deadpan cover of Nina Simone’s version of Feeling Good, which not only proved spectacularly dippy but also a world away from the US bands of the time (nu-metal was rife) conveying a similar sense of gloom. The zeal in Plug In Baby’s huge, Carry On riffs managed, triumphantly, to seal the deal. But as phenomenal as Origin of Symmetry is, there’s certainly easy-to-spot filler: Darkshines is relatively directionless, and Screenager’s aching melancholy feels like a giant stutter in the tracklist.
Origin of Symmetry sees Muse embracing despondency and turning it into something collective, something beautiful. Everything feels belatedly pubescent, like an overblown stamina test ”“ and no matter how Muse’s fans then may have grown up, it’s still spectacularly foreboding.