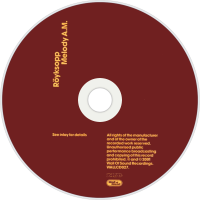 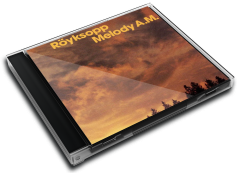 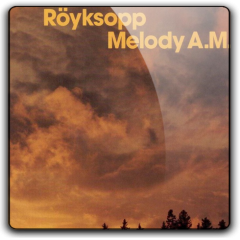 Melody A.M. is the debut album by Norwegian electronic duo Röyksopp, released on 8 October 2001 by Wall of Sound. Songs from this album have been used in television adverts and computer games; "Remind Me" was formally featured in an advertisement for GEICO Insurance in one of their popular Caveman ads, while "Eple" was licensed by Apple and used as the introduction music for the Mac OS X v10.3 setup assistant. The Silicone Soul remix of "Poor Leno" was featured in the soundtrack to the 2003 snowboarding video game SSX 3.

On 21 November 2007 the album was included on The Guardian's series of the 1000 Albums to Hear Before You Die. It is also listed in a similar selection, called 1001 Albums You Must Hear Before You Die, in a series of books by Quintessence Editions Ltd.. On 24 November 2009, Melody A.M. was named the best Norwegian album of the decade by Norway's largest newspaper, Verdens Gang.

User Album Review
Earlier in the year The Avalanches forced us all to sit up straight and pay attention with their stunning debut album, Since I Left You. In one fell swoop it planted the flag of Australian electronica firmly in the dance music map. Six months down the line it is the turn of the Norwegians.
With the release of Melody AM, Royksopp cause us to draw sweet breath and marvel as our stereo is seduced by ablend of porno sax kitsch (check out "She's So" for that hypnotic red light moment), dance floor stomp and studio wizardry. Seasonal Affective Disorder seems to have missed this dynamic duo as these guys have created one of the years' most beautiful surprises, kind oflike a ...er...'a nice cup of tea' first thing in the morning on your birthday.
Influenced by the likes of classical composers such as Eric Satie as well as porn flick maker Francis Lai, Melody AM combines funk with electronic soul, and sweeping film scores with dance floor tactics. Don't be surprised if the guitar, piano andtimbales of "Poor Leno" induces a state of hip wiggling wonderment.
The more down tempo "Eple" is propelled by a rolling, lazy break beatthat shimmers and shines with more class than a room full of rowdy children facing a blackboard. But, be warned this is an album that will worm its way in to your affections. Weighing in at less than 45 minutes (like Basement Jaxx's Rooty) this is a record full of great ideas, none of which are laboured and some of which are over before you've had the chance to fully appreciate them first time round.
It is for precisely this reason that Melody AM can be played over and over - most likely, you won't take the CD out of the stereo for weeks. Houston this is control, the Norwegians have landed.