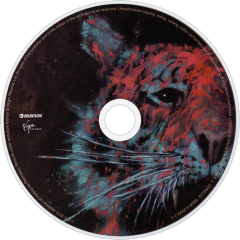 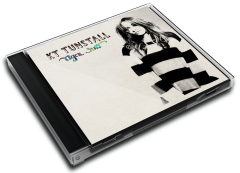 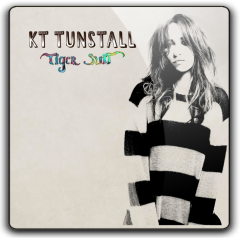 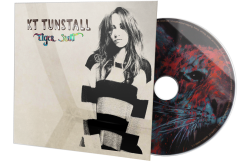 "Tiger Suit" is the third studio album by British singer-songwriter KT Tunstall which features more contemporary ingredients than her previous work. Several tracks such as "Push That Knot Away" harness electronic beats to her acoustic guitar.
It was released by Relentless Records in Ireland on 24 September 2010, in the United Kingdom on 27 September 2010 and in the United States and Canada on 5 October 2010. It was released in Europe on the 22nd and 25 October 2010. The Japanese edition, released on 22 September, features two additional tracks: a cover of LCD Soundsystem's "New York, I Love You But You're Bringing Me Down" and "It Doesn't Have To Be Like This (Baby)"
"Fade Like a Shadow" was lead single in the United States and was released on 6 August 2010 via iTunes, while "(Still a) Weirdo" in the United Kingdom was released on 26 September 2010 via iTunes. On July 2010, as advance to the album, Tunstall uploaded via YouTube a non-single video for the song "Push That Knot Away". On 13 December 2010, KT Tunstall made a collaborative video for "Glamour Puss" with fans.
On 25 December 2013, over three years after the album release, and even after her fourth studio album Invisible Empire // Crescent Moon release, Tunstall re-released a song from 'Tiger Suit' as a last single : Come On, Get In.
The album peaked at #5 in the UK album chart and #43 in the US Billboard 200 Albums .