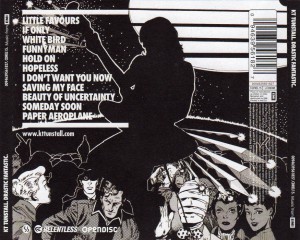 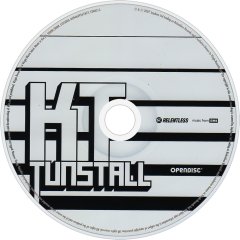 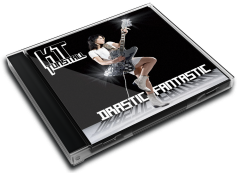 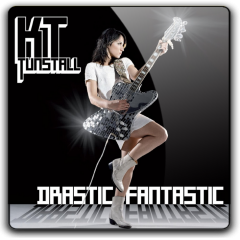 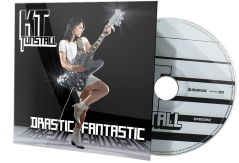 "Drastic Fantastic" is the second studio album by British Singer-songwriter KT Tunstall. It features some unreleased tracks she wrote before Eye To The Telescope such as new tracks she wrote in 2003. The record was released by Relentless Records on 10 September 2007 in the United Kingdom and elsewhere in Europe, on 15 September in Australia, and 18 September 2007 in the United States and Canada.
Some additional tracks features other unreleased songs such as Mothgirl, Bad Day and Journey, and during the Drastic Fantastic Tour, Tunstall covered La Vie En Rose, which is on the U.K Bonus tracks, My Sharona, The Bangles' Walk Like An Egyptian and Chaka Khan's Ain't Nobody which features on the DVD. Also, three singles were taken from Drastic Fantastic : "Hold On", the lead single, Saving My Face and If Only, who all charted in the UK Top 100.
On the U.S. Billboard 200 chart, Drastic Fantastic peaked at number nine, selling about 50,000 copies in its first week, and sold around 225,000 copies in 2007.