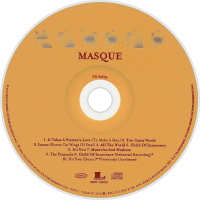 Masque is the third album by American progressive rock band Kansas, released in 1975. The album was reissued in remastered format on CD in 2001.

The opening track, "It Takes a Woman's Love (To Make a Man)", was remixed for release as a single, but failed to gain attention.