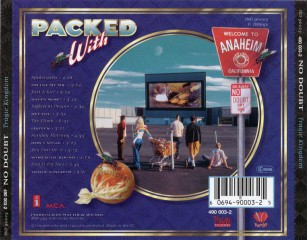 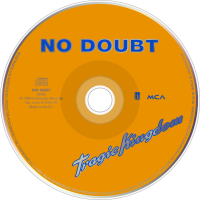 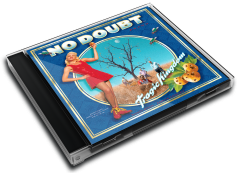 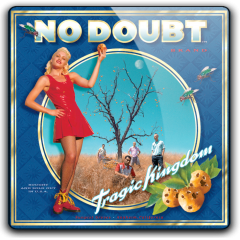 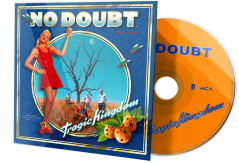 Tragic Kingdom is the third studio album by the American rock band No Doubt. It was released on October 10, 1995, on Trauma Records, a division of Interscope Records. The album was produced by Matthew Wilder, mixed by Paul Palmer, and recorded in 11 studios in the Greater Los Angeles Area between March 1993 and October 1995. Between 1995 and 1998, seven singles were released from it, including "Just a Girl", which charted on the Billboard Hot 100 and the UK Singles Chart; and "Don't Speak", which reached number one on the Billboard Hot 100 Airplay and peaked in the top five of many international charts.
The album received mostly positive reviews from music critics. At the 39th Grammy Awards, No Doubt earned nominations for Best New Artist and Best Rock Album. The album has sold over sixteen million copies worldwide; and was certified diamond by the Recording Industry Association of America (RIAA) in the United States and Canada, platinum in the United Kingdom, and triple platinum in Australia. It helped to initiate the ska revival of the 1990s, persuading record labels to sign more ska bands and helping them to attract more mainstream attention. The album was ranked number 441 on Rolling Stone magazine's list of the 500 greatest albums of all time.
No Doubt embarked on a tour to promote the album. It was designed by Project X and lasted two and a half years. An early 1997 performance at the Arrowhead Pond of Anaheim was filmed and released as Live in the Tragic Kingdom on VHS and later DVD.