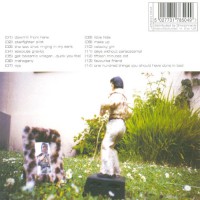 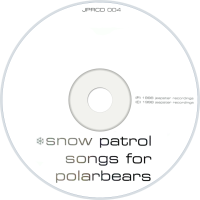 Songs for Polarbears is the debut album by the indie rock group Snow Patrol, released on 31 August 1998 in the UK and 12 October in the US.

The album charted at #143 in the UK and did not sell well upon its initial release. But its re-release saw it eventually go Gold in the UK. The band was listening to a diverse range of music at the time, with majority of it being American rock like Pixies, Soundgarden and Dinosaur Jr.. Other acts included My Bloody Valentine and Super Furry Animals' first album Fuzzy Logic. All these influences resulted in a musically diverse album that incorporated styles like hip hop, drone and Pavement style indie rock can be heard on the album. The album title is a reference to the band's previous name Polarbear.

Gary Lightboy said once in an interview with RTÃ‰'s No Disco: "A Newcastle fanzine wrote the album as, buy Songs For Polarbears and get Sebadoh's III, My Bloody Valentine's Isn't Anything and The Breeders' Safari for free. And I was like, "Ouch, that hurts. They're making us out like we were copying some American bands."