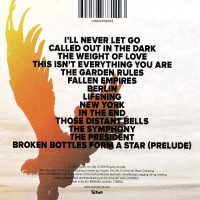 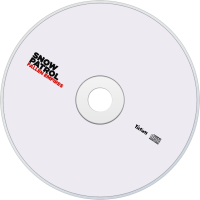 Fallen Empires is the sixth studio album by Snow Patrol. The album was released on 11 November 2011 worldwide, and on 10 January 2012 in North America.
When asked about the writing process for the album, Gary Lightbody commented by saying "It's the longest album we've ever made by far but also the best. We took our time and I also had some bouts of writer's block. It's the first time it's happened for such a long time. I've had days when I haven't been able to write. Since 2009 I've gone through three writer's blocks but I'm glad because the results are great afterwards. They probably made me write better songs." Snow Patrol plans to go on a "Fallen Empires tour" in 2012 with the first date being at the O2 in Dublin. with an expanded UK and worldwide tour to be announced shortly. The song "New York" can be heard at the end of episode 158 (Season 8 Episode 10) of Grey's Anatomy

User Album Review
Snow Patrol’s sixth studio album is billed as a change in direction ”“ but don’t get flustered. While Fallen Empires contains a few new musical tricks, it would be an exaggeration to label this a revolution in sound.
Snow Patrol are often mentioned in the same breath as Coldplay, and it’s not surprising: both bands grew up with U2 dominating their horizons, and both have been inspired by their gutsy, catchy pop. Fallen Empires betrays this love of U2, and in particular their 1991 LP Achtung Baby: in come synths, thrusting bass lines and a hint of electronica. The opening pair of songs here ”“ I’ll Never Let Go and Called Out in the Dark ”“ wear this influence on their sleeves readily.
The trouble is that these two songs are flimsy at best. Called Out in the Dark is the lead single, yet is a pure mistake of style over substance: a song that has the traditional Snow Patrol shape, dominated by Gary Lightbody’s vocal, but where the guitars have been binned just for the sake of it, just to try something ‘new’. It sounds too try-hard and trite.
Get these cuts out of the way, though, and Fallen Empires settles down and improves. Yes, the title-track is pure Bono and company, but now there is passion and conviction in the delivery, Snow Patrol allowing a propulsive rhythm to burgeon and turn threatening. The piano-led ballads arrive, and the band relaxes: this is their forte. This Isn’t Everything You Are, The Garden Rules and Those Distant Bells are indisputably great pop songs, full of sparkle and warmth.
Best of all, however, are the moments when Snow Patrol blend the two approaches together, combining their own aesthetic with an Achtung Baby adoration. New York and In the End are the massive, sweeping songs that form the heart of Fallen Empires. These are the songs you can envision in the stadiums; the songs that show Snow Patrol could just as easily be as big as Coldplay and, yes, U2. It’s here where Fallen Empires nails it, and where their fans will start drooling.