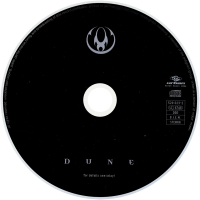 "Can't Stop Raving" is a 1995 song by German band Dune. It was released as the third and last single from the group's first album, Dune. The female vocals are performed by Tina Lagao and Janine Kelly-Fiddes. The single was a moderate hit in Europe and peaked at number 7 in Germany, number 9 in the Netherlands and number 16 in Switzerland.