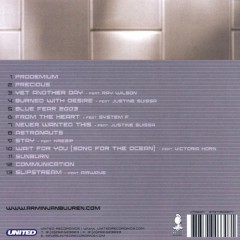 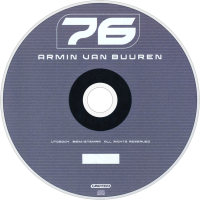 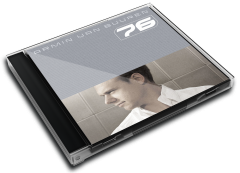 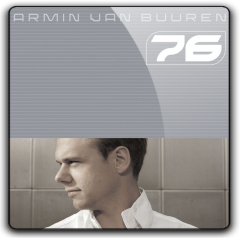 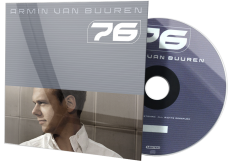 76 is the debut album by Dutch trance producer and DJ Armin van Buuren.

User Album Review
Armin van Buuren's full production debut, 76, picks up where the futuristic Euro-disco of Jean-Michel Jarre and Giorgio Moroder left off 15 years before. Like Jarre and Moroder, van Buurin knows how to construct hypnotic and driving songs that have little to do with the massive washes of sound his trance competitors churn out and have everything to do with head-bobbing living-room listening. Not that van Buurin can't fill a dancefloor, but he's left that to his 12" releases and made 76 such a cohesive listen it comes off as an early-morning Ibiza mix album. Guest vocals are handled by frequent collaborators Justine Suissa and Victoria Horn along with a surprisingly good appearance by blink-and-you-missed-him Genesis vocalist Ray Wilson on "Yet Another Day." "From the Heart" (with Ferry Corsten guesting under his System F guise) is another winner with a synth line right out of Midnight Express, while "Blue Fear 2003" updates Armin's 1995 hit superbly. Unlike Oakenfold and others, van Buurin is well aware of his limitations. It means there's hardly a groundbreaking moment included, but 76 is favorable for the more reserved tranceheads and fans of progressive electronic and disco's brief and glistening love affair.