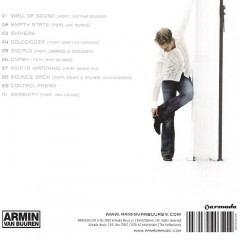 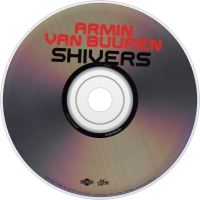 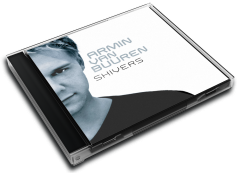 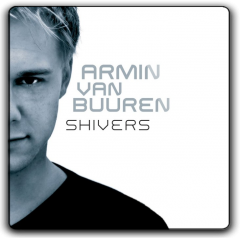 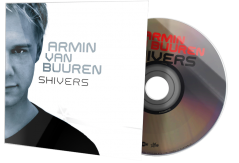 Shivers is the second studio album by Dutch DJ and record producer Armin van Buuren. It was released on 8 August 2005 by Armada Music.

The title track of the album appeared on the home version of the music video game Dance Dance Revolution SuperNova in 2006.

User Album Review
Despite the mass proliferation of newcomers, compilations and sub-standard artist albums, the trance bubble has far from burst, with the likes of Tiesto, Ferry Corsten and Paul Van Dyk clocking up more frequent flyer miles then ever before.
Shivers is Armin Van Buuren's first artist album (we'll discount 2003's 76 as that would be like saying Sasha's first full-length album was The QAT Collection), yet despite the wait, and a plethora of guest vocalists and producers as a support cast, there's nothing remotely groundbreaking, and very little original, to speak of.
Opening with "Wall Of Sound", featuring Justine Suissa and the aptly named "Empty State" sporting Mic Burns' deeper tones, the dreamy and ethereal approach to their delivery can do little to shore up the fact that they're drab and predictable songs. There's even former Genesis vocalist Ray Wilson popping up on the breakbeat-ish "Gypsy" - need I say more?
Surprisingly this album was two years in the making; recorded in Amsterdam, San Francisco (with Gabriel & Dresden), Miami (with Markus Schulz) and New York (with Nadia Ali of Iio who features on "Who Is Watching"). Armin's pairing with G&D on the rousing "Zocalo" is actually one of the album's few highs; the other in collaboration with fellow Dutchmen Remy and Roland Klinkenberg on the proggy "Bounce Back".
Armin is quick to declare that Shivers is a major step for him into full songwriting, having co-written most of the lyrics. A brave move that whilst perhaps satisfying his own craving, fails to offer anything new to the creative process.
As a DJ the sellout tours and worldwide bookings speak for themselves, however making the transition to the recording studio is not always as smooth. People may pay top dollar to hear a DJ spin, yet not nearly as many will pay a similar price for a DJs CD. Stick to what you do best mate, play other people's music.