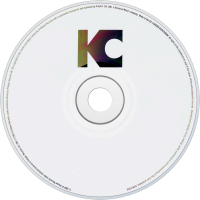 Yours Truly, Angry Mob is the second album by English rock band Kaiser Chiefs. It was released on 23 February 2007 in Belgium and the Netherlands, 26 February 2007 in the rest of the world by B-Unique Records and in March in North America by Universal Motown. Produced by Stephen Street, who produced the band's debut album Employment, Yours Truly, Angry Mob is lyrically darker and more socially aware than its predecessor, with tracks dealing with street crime, violence, fame, and the inaccuracy of tabloid articles. The song "Boxing Champ" features drummer Nick Hodgson on lead vocals.

The band had earlier revealed to NME in October 2006 that they had recorded 22 songs and hoped to whittle that number down to 13 or 14 for the final album. Additionally, in July 2006 the band revealed to Gigwise that they'd hoped to have the album released by Valentine's Day 2007. The album was preceded by the release of lead single "Ruby" on 19 February. It became the band's first, and to date, only, number one album in the British album charts. The album reached #1 in the United Kingdom and the band released singles "Everything is Average Nowadays" on 21 May 2007 and "The Angry Mob" on 20 August 2007. The final single "Love's Not a Competition (But I'm Winning)" was released as a collectors edition 7" only single on 12 November 2007, with The Little Ones' cover of "Everything Is Average Nowadays" as a B-side. "Thank You Very Much" is played during the introduction of Pro Evolution Soccer 2008, and the song "Ruby" is a playable bonus track in Guitar Hero III: Legends of Rock and is present on the soundtrack of Pro Evolution Soccer 2010.

Album Review
A billion useless words are expended daily on the ‘difficulty’ of producing a second album (especially following one that outsold sliced bread). Thank goodness the Kaiser Chiefs ignored them all and just got on with the job. Yours Truly Angry Mob is going to rule the world. Well, for the next couple of months anyway.
While it’s the entirely dull Ordinary Boys who have revived ska as a household word, it’s the Kaiser Chiefs who seem to have brought back the true spirit of Madness. Not since Suggs and Co. gave it all up to host game shows and release greatest hits albums every two years have a band revelled in the sheer joy of being young, free and not-so-innocent. Following their reintroduction of the word ‘thee’ into everyday usage, they now pile on song after song of schoolboy cheekiness (dressed up as anger, natch). Even on “The Angry Mob” (aimed at reactionary tabloid junkies) and “Highroyds” (about a mental hospital) they still sound like they’re really hanging around waiting for detention. “Everything Is Average Nowadays” mentions playing football and sledging, for goodness sake. It may not be the crack-smoking, groupie-mauling chic we expect of our rock stars, but it’s a damn sight cooler for it.
Yours Truly”¦ pumps up Employment’s energy factor in full anticipation of those stadiums they’ll have to fill this summer. Singalong choruses, snappy little epiphets and frankly bouncy playing all guarantee that everyone and their mates will be punching the air at an enormo-shed near you soon.
Only on the slower “Try Your Best” does the attention start to waver. Yes, the up-tempo numbers are often die-cut copies of each other and yes, the lyrics’ self-conscious attempts to be ‘quirky’ tends to get tedious. But hey, with such bravado and glee at its heart, only a dead cod could object to Yours Truly”¦ Before Ricky becomes a regular fixture on every TV quiz show and the band fade from consciousness, let’s just enjoy ‘em while we can. In ten years we’ll miss them. The little scamps”¦