Track List
01) Everyday I Love You Less and Less 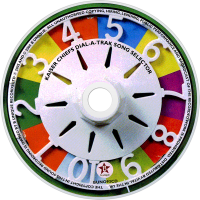 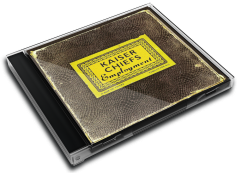 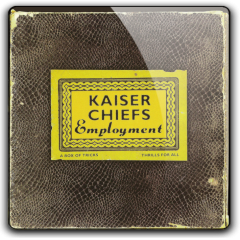 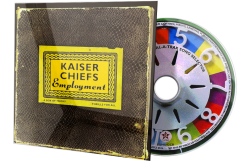 Employment is the debut album by English indie rock band Kaiser Chiefs, released in March 2005 on B-Unique Records. Employment takes its inspirations from the Britpop and New Wave movements, 70's-era punk rock and Beach Boys-esque West Coast music. Originally the album charted at number three in the UK Albums Chart on 13 March 2005, but charted at number two almost a year after its release, due to the band's success at the Brit Awards. Employment went on to become the fourth best-selling album in the United Kingdom that year.

It was Kaiser Chiefs themselves that chose to work with producer Stephen Street. According to Street he had been introduced to Nick Hodgson after an Ordinary Boys gig in which Kaiser Chiefs were the support act. Hodgson gave Street a demo CD and said that they would love to work with him. The band's new label B-Unique suggested they try a test session with Street. In mid-August 2004 they visited the producer at a basement studio space at Olympic Studios he was renting with engineer Cenzo Townsend and recorded "I Predict A Riot". According to manager James Sandom in an interview with HitQuarters, the album was recorded in a rush because the band were under very tight time constraints and touring at the time. As a result they did not have enough time to get to know Stephen Street and relax in his company. The motorbike that appears at the beginning of "Saturday Night" is owned and 'played' by Graham Coxon. The sleeve notes read "Graham Coxon's motorbike, (1935 Kaiser 'Chief' 750cc Manx TT Works Racer) appears courtesy of Transcopic Records". "Caroline, Yes" is named in reference to The Beach Boys' song "Caroline, No". The track's original working title was called "Hail to the Chief", according to Kaiser Chiefs' book A Record of Employment.

Album Review
Employment is the sparkling debut from Leeds lads Ricky Wilson (lead vocals), Andrew 'Whitey' White (guitar), Simon Rix (bass) and Nick 'Peanut' Baines (keyboards). Formerly known as Parva but thankfully reincarnated as Kaiser Chiefs in the summer of 2003, 2004 has seen the band take the opening slot on the NME Awards tour and make their first moves on the USA.
With "Oh My God" nestled up behind artists such as J-Lo and Girls Aloud in the UK top ten, Employment is the final jewel in the crown of the past eighteen months. Jump out of your seat for 45 minutes of a perfectly pop blend of indie, electronica and everything in between.
With producer Stephen Street working his magic on the album and the sound of Graham Coxon's motorbike opening "Saturday Night", it's all too easy to draw comparisons with Blur. Simon Rix concedes "We kind of did that to ourselves because we like Blur. There are a couple of songs on there where we nod to Blur...We do have things in there that are meant to say 'we like this band'". So prepare yourself for a journey through the eras that made British music what it is.
Employment's notable feature is undoubtedly the quirky lyrics that will turn over in your mind for hours after your first listen. 'Pn-n-n-neumothorax is a word that is long but I'm just tryin' to put some punk back into punctured lung' is a personal favourite. Combine these lyrics with an array of kitsch rhymes and polished harmonies and you're left with a tantalising catchiness that begs you to skip to the beginning and listen all over again.
Eccentric tracks like "Time Honoured Tradition" suggest that the Chiefs don't quite fit in. But the swirling melodies, soaring vocals and scintillating lyrics blend together to produce a mÃªlÃ©e of everything that's been missing in pop in recent years. Out of twelve tracks, all twelve entice. Employment reflects a sense of self-indulgent freedom and it's a heck of a lot of fun.