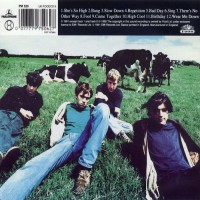 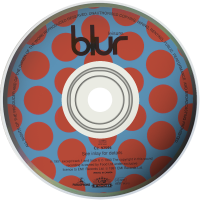 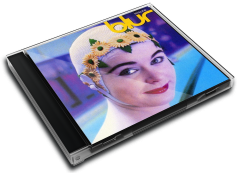 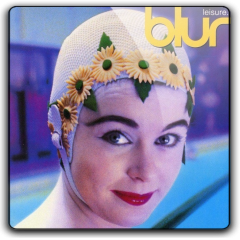 Leisure is the debut album by English alternative rock band Blur. The album was released on 26 August 1991 in the United Kingdom via Food Records, and peaked at #7 in the UK Albums Chart. It was released in the US a month later with a different track listing. The album was certified Gold in the UK. The U.S. version of Leisure was front loaded with Blur's three UK singles and the song "Sing" was replaced by the B-side "I Know" (see track listings for exact changes). The Canadian version has the same tracklisting as the UK version.

User Album Review
Recorded at the point when all roads more or less still led to the baggy Madchester scene, Leisure is infused with a dancey gloss and big recursive chunks of funky drumming favoured by the big-league luminaries such as The Stone Roses, Inspiral Carpets, and Happy Mondays. “Bad Day” is particularly indebted to the scene, as are the pulverising dynamics of “Slow Down,” though “There’s No Other Way” suggests that the melody of REM’s “Stand” (from the album, Green) had also percolated through their collective consciousness.
Graham Coxon’s churning atmospherics add an echoing depth to “Sing”, beautifully offsetting its bruising metronomic chug. He’s cautious about indulging in too many guitar heroics, opting instead to clown around with some dopey fuzzbox on “Repetition,” or give it some choppy Pete Townshend chords on “Come Together.” Vocally, Damon Albarn is less expressive, operating somewhere between a knowing perma-smirk delivery, or a kind of gormless intoning (as on “Fool” and the shoe-gazing alienation anthem of “Birthday”). There’s not a lot of range there but it fits the bill.
Though generally reckoned to be the poorer cousin to their following albums, there’s a charming innocence to the music – a quality that wasn’t able to survive the transition from simple pop band to the an unstoppable Brit award-winning machine. The spacey jangle of “She’s So High” encapsulates the relaxed appeal of sunshine-drenched choruses, eagerly repeated simply because it sounded good rather than what it all might mean.
The record honestly captures the band at the point where they didn’t have to worry about being spokesmen for a generation, solve third world debt or be cultural commentators with something to say. All they had to do was play as well as they could and look as pretty as the video director would allow. In this sense, Blur had nothing to say but said it very well, an accurate enough reflection of the matey hedonism of the day.