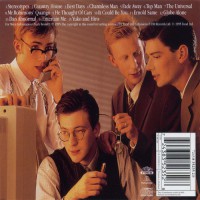 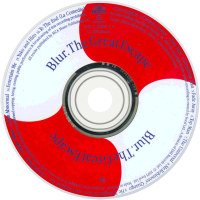 The Great Escape is the fourth album by English alternative rock band Blur, released on 11 September 1995 on Food/Virgin Records. The album received glowing reviews and was a big seller on its initial release, reaching number one in the United Kingdom album chart (outselling the rest of the Top 10 put together) and was their first to crack the US charts reaching number 150. Less than a year after the album was released, it was certified triple platinum in the UK.
The album continued the band's run of hit singles, with "Country House", "The Universal", "Stereotypes" and "Charmless Man". "Country House" was Blur's first single to chart at #1 on the UK Singles Chart, beating Oasis' "Roll with It", in a chart battle dubbed "The Battle of Britpop".

User Album Review
The black sheep of Britpop, the straw that broke Graham Coxon’s back, few documents of mid-90s pop excess are quite as polarizing as Blur’s fourth studio album.
It wasn’t always thus. The album’s September 1995 release saw NME award the record 9/10, Q gave it perfect marks, while Melody Maker broke their rating scale to score the record a wacky 12/10. It was critical euphoria that would prove to be short-lived – truth be told, about as long as it took publishers to realise Oasis would probably shift more magazines for them. It’s not a record the band think particularly fondly of either. In 2007, Damon Albarn mused that it was "messy". Coxon, meanwhile, is unavailable for comment, perhaps on account of still being traumatized from being made to straddle a pig in the Country House video.
The Great Escape was the record that, if it didn’t kill Britpop, certainly tore down the bunting from the party. It’s maudlin (Fade Away, Best Days), it rhymes "hairpiece" with "herpes" (Mr Robinson’s Quango), and it features a song so fundamentally rubbish it could snugly sit on the second side of Leisure (Charmless Man – though It Could Be You runs it close). Even on Country House, the most maligned entry within Blur’s singles discography, the band crowbar in a middle-eight that sounds like four grown men crying themselves to sleep. Albarn would be celebrated for experimenting with atonal angst two years later on Essex Dogs, the closer of the band’s eponymous alt-rock reinvention. Yet one song from the end of The Great Escape, Entertain Me’s bored, detached repeated chorus does the job better, largely on account of the band not selfishly denying their audience their talent for melody in doing so. The Great Escape: polarizing, messy, yes. But soulful and quite wonderful, too.
There could be strong claims made for The Universal – most likely, in truth, from the marketing department of British Gas – or for the pummelling guitars of opener Stereotypes. But the record’s best moment actually comes at its very end, in the form of broken toy ballad Yuko and Hiro. It’s a sweet, sentimental song that uses the old Albarn trick of supposing his own emotions (homesickness, his longing for then girlfriend and Elastica frontwoman Justine Frischmann) on created characters, in this case two Japanese factory employees, tied to the production line and "never together". Regardless, it’s perhaps the most honest song the frontman ever wrote, evidence that he didn’t always hide behind the mask of his creations, that sometimes the mask slipped and we saw something honest about the songwriter. With hindsight The Great Escape showed us the real Damon Albarn, and that we really liked him.