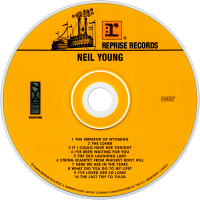 Neil Young is the self-titled debut studio album by Canadian musician Neil Young, which was his debut release as a solo artist following his departure from the band Buffalo Springfield. Released first in November 1968, it was then partially remixed and re-released in January 1969.