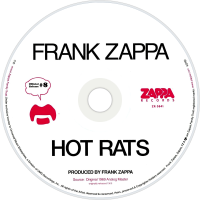 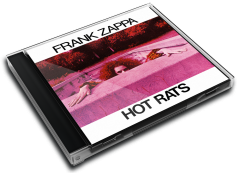 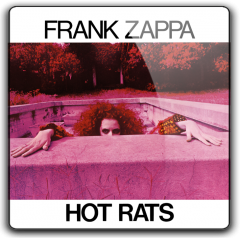 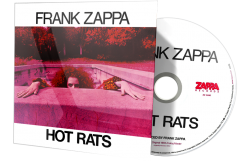 Hot Rats is the second solo album by Frank Zappa. It was released in October 1969. Five of the six songs are instrumental ("Willie the Pimp" features a short vocal by Captain Beefheart). It was Zappa's first recording project after the dissolution of the original Mothers of Invention. In his original sleeve notes Zappa described the album as "a movie for your ears."

Because Hot Rats focuses on instrumental jazz-like compositions with extensive soloing, the music sounds very different from earlier Zappa albums, which featured satirical vocal performances with extensive use of musique concrète and editing. Multi-instrumentalist Ian Underwood is the only member of the Mothers to appear on the album and was the primary musical collaborator. Other featured musicians were Max Bennett and Shuggie Otis on bass, drummers John Guerin, Paul Humphrey & Ron Selico, and electric violinists Don "Sugarcane" Harris and Jean-Luc Ponty.

This was the first Frank Zappa album recorded on 16-track equipment and one of the first albums to use this technology. Machines with 16 individual tracks allow for much more flexibility in multi-tracking and overdubbing than the professional 4- and 8-track reel-to-reel tape recorders that were standard in 1969. While Zappa was recording Hot Rats The Beatles were working on their Abbey Road album, but were limited to 8 track technology.

The album was dedicated to Zappa's newborn son, Dweezil Zappa. In February 2009, his band, Zappa Plays Zappa, won a Grammy for Best Rock Instrumental Performance for their rendition of "Peaches en Regalia."

In the Q & Mojo Classic Special Edition Pink Floyd & The Story of Prog Rock, the album came #13 in its list of "40 Cosmic Rock Albums". It was also included in the book 1001 Albums You Must Hear Before You Die.