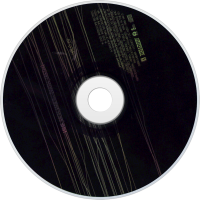 With Teeth (stylized as [WITH_TEETH]) is the fourth studio album by American industrial rock act Nine Inch Nails, released on May 3, 2005, by Interscope Records. The album was produced by Nine Inch Nails frontman Trent Reznor and long-time collaborator Alan Moulder. It was Reznor's first original studio album since The Fragile, released in 1999. Reznor has indicated that the album is influenced by his battle with, and recovery from, alcoholism and substance abuse between albums.

With Teeth became an immediate commercial success, debuting at number one on the Billboard 200 and selling more than 272,000 copies in its first week. The album generated three singles: "The Hand That Feeds", "Only", and "Every Day Is Exactly the Same", which all became number-one singles on Billboard's Hot Modern Rock Tracks chart.

User Album Review
Nine Inch Nails are one of the most irritating and cynical bands on the planet. They also happen to be one of the best.
Irritating because of Trent Reznor's endless, fetishistic revisiting of the same nihilist themes he has explored since NIN's first release in 1989. Singing 'inside your heart it is black and it is hollow and it is cold' is forgivable pretension in a 24 year old, but in a man who turns 40 this month it seems both pitiful and laughable. And cynical because of how this faked alienation is packaged and marketed to the loyal goth masses year after year. Indeed, Nine Inch Nails would be as irrelevant as Slipknot or Korn were it not for the music.
Over the last sixteen years no-one has been as consistently musically inventive as Reznor. Though many have tried to ape his style notably one-time protÃ©gÃ© Marilyn Manson none has managed to capture that mix of boiling black electronica and heavily processed guitar fury to such devastating effect.
If previous effort The Fragile saw Reznor's songwriting slipping into formula, With Teeth is the sound of a man intent on proving himself again. Despite its aggressive title, this is the most subdued and seductive Nine Inch Nails album yet, an effect achieved by stripping down the raging guitars and employing synths to build up dark, brooding and often beautiful sonic landscapes. So while the spittle-flecked rage of "You Know What You Are?" could have come from The Downward Spiral, it is a rare revisiting of old ground.
Take opener "All The Love In The World", with Reznor's usual sullen moans replaced with a cracked, hushed falsetto as trip hop beats stutter and a haunting piano riff loops. Or the quite astonishing "Right Where It Belongs" which starts as an aching, echoing mantra whispered over subdued buzzing synths before the mix abruptly shifts and the vocals come into heartbreaking, gorgeous focus.
Elsewhere bassist Jeordie White injects a new throbbing momentum into the rampant, exhilarating hit "The Hand That Feeds" and the murky Depeche Mode-like shimmer of "Every Day Is Exactly The Same". Startlingly, these are songs you could dance to.
Reznor is saying nothing new on this record but that doesn't stop With Teeth from being a dazzling masterpiece.