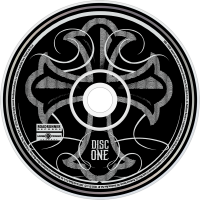 God & Guns is the eleventh studio album by the southern rock band Lynyrd Skynyrd, released on September 29, 2009. The single "Still Unbroken" was released on July 27, 2009 followed by another track, "Simple Life", on August 4, 2009. Hughie Thomasson contributed to the writing of many songs, including this first single, before his death. "Still Unbroken" was written after the death of original bassist Leon Wilkeson in 2001. The album features guitar work from John 5. It is also the last Lynyrd Skynyrd album to feature the band's longtime keyboardist Billy Powell, who died in January 2009.
The title of the album (and its title track) is written by Mark Stephen Jones, Travis Meadows and Bud Tower.
The lyrical shift from "Saturday Night Special" to "God & Guns" has been taken into account by band member Johnny Van Zant, who explained how the song was not a direct contradiction to "Saturday Night Special."