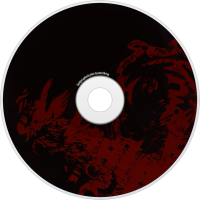 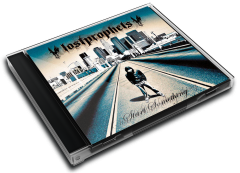 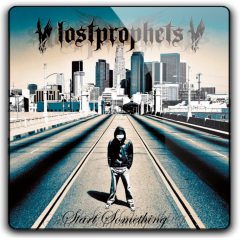 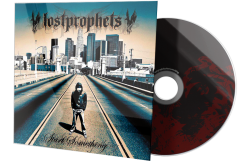 Start Something is the second studio album by the Welsh alternative metal band Lostprophets, released on 2 February 2004 through Visible Noise in the United Kingdom and South Korea. The album was released internationally on 5 February 2004. The band began work on the album in 2003 after touring for support of their previous album, Thefakesoundofprogress. This is the last album featuring the original drummer Mike Chiplin
Start Something was a critical and commercial success and became the band's international breakthrough album. It peaked at number 33 on the Billboard 200 selling over 500 thousand copies in the United States alone and reached high positions on charts worldwide. Six singles were released from the album: "Burn Burn", "Last Train Home", "Wake Up (Make a Move)", "Last Summer", "Goodbye Tonight" and the radio single "I Don't Know". These singles helped Lostprophets reach mainstream popularity. In 2004, the album was certified platinum by the BPI in the United Kingdom.

Album Review
Listen in between the multi-tracked American rock radio production and what do you hear on Lostprophets' second album Start Something?
Well, some bloated Yank nu-rawk chancers for a start: the awful Good Charlotte and Hoobastank are on 'backups' during these 13 tracks. The pervading sound is that of five South Walian men clinking glasses and exchanging hearty backslaps because they've made an album that's not only them, but is commercially viable in extremis too.
Start Something's leadoff track is called "We Still Kill the Old Way", the opening lyrics to which are "So here we go again/Another time but it feels the same/Got sick of waiting here". Embracing the vast new commercial expanses that (they hope) awaits them in the next few months, while reaching back to a legion of faintly suspicious 'old' fans, this is tactically worded to the point of genius.
This is ludicrously bankable music, after all. A painstaking chemical compound of technical hardcore guitar and emo-ish vocal pleading.
Lostprophets songs are, in the main, a lot better than they have any right to be. It may be their collective hardcore or thrash metal backgrounds. They use these genres as touchstones, if not actually playing them ("Make A Move", with a clean-crunch Metallica guitar break and spazzy ending, illustrates this smartly).
Lostprophets place a lot in being cool people, and not playing uncool music. As such, minus the odd studio extravagance, "Burn Burn's" hyper pop-punk is a close cousin of Jimmy Eat World. They are, unquestionably, a changed band though: "I Don't Know" is a lightweight demi-ballad that wanders off into a camp electro ending, which duly bleeds into the next track. The 'Prophets debut effort Thefakesoundofprogress wouldn't have countenanced this sort of extraneous frippery.
Day jobs out the window and some sort of freedom achieved, there is an underlying sense of mindless escapism. Which is fine, but when on "Last Summer" Ian Watkins sings, "We sit around in our home town/Listening to the waves as they all crash down," you have to call time. Given the location of Pontypridd, this is frankly a meteorological phenomenon.
Resistance is pretty much futile; Start Something is a record as happy to smother you in candyfloss as hydrochloric acid, songs to elbow your fellow man to in the sweaty pit or to soundtrack a Hollywood hunk of crashing emotion. It may not be a masterpiece by any rigorous critical yardstick, but it's the Lostprophets' triumph.
Review courtesy of BBC Wales Music