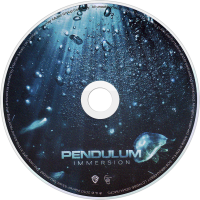 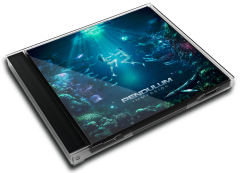 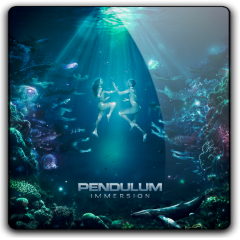 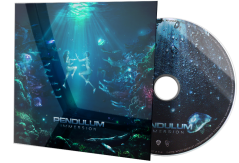 Immersion is the third and final studio album by Australian electronic rock/drum & bass band Pendulum. The album was announced in early 2009, with the name being confirmed in December 2009. The album was released 21 May 2010 in Australia and Ireland, and 24 May for the rest of the world, followed by a UK tour of the album. In January 2010 Pendulum hosted the album preview Ear Storm event at Matter in London in which many top DJs performed sets of their own with Pendulum being the headliners.
The album was finished on 18 April 2010 and mastered by Brian Gardner at Bernie Grundman Mastering Studios in Los Angeles. Immersion peaked at number 1 in the UK Official Top 40 charts in its first week of release.
The album features collaborations with Liam Howlett of The Prodigy, Steven Wilson of Porcupine Tree and the Swedish melodic death metal band In Flames.

User Album Review
While it’s true that critics (hello!) cry out for artists to exhibit evolution from album to album, every now and again a record’s so bad that stagnation would have been preferred. Pendulum’s second effort, 2008’s In Silico, was such a beast. An unfocused (not necessarily miscalculated) collision of dance and rock constituents, it sought to expand the tumultuous drum‘n’bass template of 2005’s Hold Your Colour. But to these ears it was woeful, deliberately tailored to tantalise a wider audience without nailing any trait. It was dumb, sure, but no fun whatsoever, as appealing as a third-rate nu-metal release.
Clearly it was just me: the record sold over a million copies and transformed Pendulum into bona-fide mainstream megastars, with top ten singles and festival headline slots theirs for the taking. Given this amazing success, no fan would think less of the Australians if they repeated In Silico’s formula. But stasis is evidently not on the group’s agenda, as Immersion takes Pendulum further still from their roots. It offers more rock and more dance, but most importantly more fun. And when it’s good, it’s very good indeed.
Lead single Watercolour is the essential bridge between albums, but sounds diluted compared with much that surrounds it, tracks that fire on significantly more cylinders. The absolute standout is the two-part, mid-record peak of The Island. Dawn is fairly conventional fare, a thick synth line guiding a relatively conventional indie-rock arrangement to a pause; but when it stirs again it does so in unprecedented fashion. Dusk is Pendulum gone Ed Banger, playing at being Justice and coming across as more than imitators ”“ for perhaps the first time in their career, the sextet sounds innovative. It genuinely thrills, as all manner of dizzying beats and bleeps duck and weave around each other. It’s going to be absolutely massive live.
The band’s rock side is explored like never before on Self Vs. Self, which features Swedish metallers In Flames. Excellently, the riffs don’t sound simply tacked on, presenting the sense that this is a collaboration proper rather than a phoned-in performance for rock scene kudos. Liam Howlett shows up too, on Immunize ”“ it’s a welcome gesture, given how Pendulum have obviously leaned on The Prodigy’s catalogue for inspiration. As Encoder closes proceedings, an unexpected conclusion presents itself: somehow, Pendulum have crafted an album, their best yet, almost as enjoyable as their frenetic live performances.