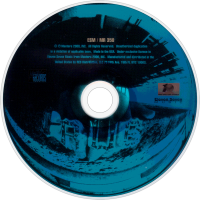 Mötley Crüe is the eponymous sixth studio album by heavy metal band Mötley Crüe. It was released on March 15, 1994. It was the band's first and only album released with singer John Corabi, and was the first album of new material released by the band since their 1989 album, Dr. Feelgood.