Too Fast for Love 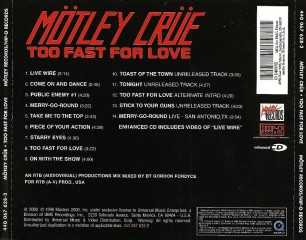 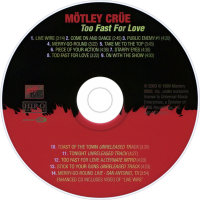 Too Fast for Love is the debut album from American heavy metal band Mötley Crüe, initially released on November 10, 1981 on the small independent Leathür Records label. Major label Elektra Records signed the band the following year, at which point the album was remixed and partially re-recorded. This re-release, with a different track listing and slightly different artwork (e.g., red lettering on the cover and a different interior photograph of the band), has become the standard version.