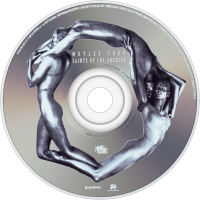 Saints of Los Angeles is the ninth studio album by the American rock band Mötley Crüe, released on June 24, 2008. It is the band's first studio album in eight years, and it marks the return of long-time drummer Tommy Lee since 1997's Generation Swine.