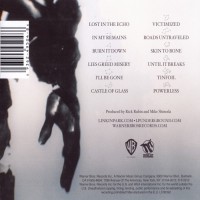 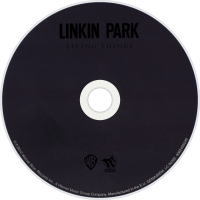 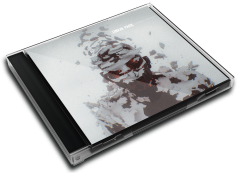 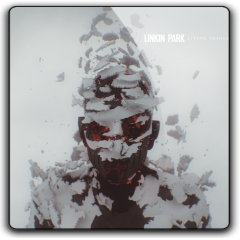 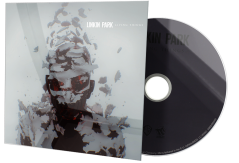 Living Things is the fifth studio album by the American rock band Linkin Park. It was released under Warner Bros. Records and Machine Shop Recordings on June 20, 2012, in Japan and throughout the rest of the world during the following week. Production was handled by vocalist Mike Shinoda and Rick Rubin, who both co-produced the band's previous two studio albums Minutes to Midnight (2007) and A Thousand Suns (2010).
The band states that Living Things combines elements from their previous four studio albums to create a new sound. They stated they finally felt they were in "familiar territory" and "comfortable in [their] own skin" after years of experimentation that resulted in their two previous studio albums, Minutes to Midnight and A Thousand Suns. Living Things was chosen as the album's title because of the numerous personal topics about people implemented on the album.
The lead single for the album, "Burn It Down", was sent to radio and released to digital music retailers on April 16, 2012.

User Album Review
In 2010, without anyone really noticing, Linkin Park released one of the most innovative and astounding albums of the year. A Thousand Suns was not so much a collection of songs as a tapestry of sound that sometimes veered, sometimes glided, between the confrontational agit-pop of Public Enemy and sombre, expectations-eschewing acoustic selections.
On its sleeve notes, the group bent over backwards to explain that this was no ordinary body of work; and in doing so suggested that this was a band with no faith in the intelligence of those who paid money into their bank accounts. But even allowing for this slightly patronising stance, A Thousand Suns was a body of work startling enough that it gambled with the massive commercial success the group had achieved since their debut album, 2000’s Hybrid Theory.
Living Things is not an album of the same calibre as the one it succeeds. Whereas the promise of that album suggested that Linkin Park may have been on the way to becoming mainstream radio’s Radiohead, the feel of this follow-up gives the impression that quintet have pulled back from this brink.
While it’s impossible for an outside party to guess at a band’s motivation when recording new songs, to these ears Linkin Park are not trying as hard as they once did. That’s not to say that Living Things is a lazy album ”“ in fact, far from it. Songs such as the pimp-rolling Lies Greed Misery and the electronic monster-balladry of Powerless are pieces that showcase this band’s approach that tracks are not so much composed as they are constructed.
With this architecture in place, overseen by bandleader Mike Shinoda, Linkin Park will always be a compelling and watchable entity. But Living Things doesn’t deliver music as interesting or as arresting as what immediately preceded it. Which comes as both a surprise and, more importantly, a shame.