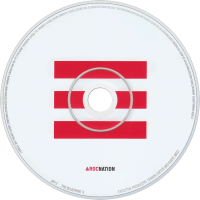 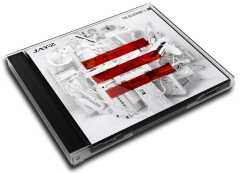 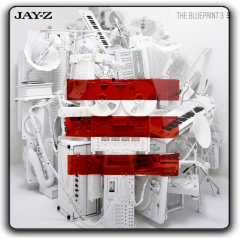 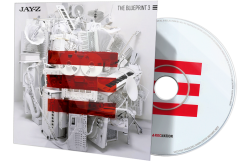 The Blueprint 3 is the eleventh studio album by American rapper Jay-Z, released September 8, 2009, on Roc Nation. It is the final installment in The Blueprint trilogy, preceded by The Blueprint (2001) and The Blueprint2: The Gift & The Curse (2002). Production for the album took place during 2008 to 2009 at several recording studios and was handled by Kanye West, The Neptunes, Jeff Bhasker, Al Shux, Jermone Harmon, No I.D., The Inkredibles, Swizz Beatz, and Timbaland.
The album debuted at number one on the US Billboard 200 chart, selling 476,000 copies in its first week. It became Jay-Z's eleventh US number-one album, breaking the record he had previously shared with Elvis Presley, and produced five singles that achieved chart success. Upon its release, The Blueprint 3 received generally mixed to positive reviews from music critics. Rolling Stone named it the fourth best album of 2009.

User Album Review
Lord only knows what Shawn Carter, aka Jay-Z, mused when news broke of Oasis’s split, if indeed he gave a rich man’s hoot. But the most consistently globe-straddling black rapper since Notorious BIG and 2Pac caught bullets can claim one victory over his Glastonbury 2008 adversaries: growing old gracefully.
The Blueprint 3 ”“ the latest in a triptych founded by 2001’s fÃªted The Blueprint and continued the subsequent year with less illustrious results ”“ gives clear titular indication that Carter sees himself returning to past artistic route maps for post-millennial hip hop.
In reality, he is still operating from similar sonic executive office blocks that shipped out 2007 movie tie-in American Gangster and, 12 months previously, Kingdom Come, wherein he proclaimed hitting 30 was “the new 20”.
So what now Carter is pushing 40? Well, grown-man business has long since superseded cocksure street dealer chest beating, although the day Carter resists temptation to throw bragging barbs at various adversities appears no nearer.
Consolidation remains the main name of the game, typified by Run This Town, his first UK number one single. Flanked by Kanye West (also the album’s chief producer) and Rihanna, it’s little more than a cruise-control favour return for gracing her chart-topper Umbrella.
Soppy cameos from Alicia Keys (NYC celebration Empire State of Mind) and West protÃ©gÃ© Mr Hudson (Young Forever) hardly help accusations Carter has softened unforgivably in a collaboration-heavy latter-day era that has starred such, err, ghetto legends as Coldplay’s Chris Martin.
Self-aware as ever, however, the kickback is swift and brutal: Hate is a seething attack on naysayers, seconded by West; Reminder menacingly offers to cure bloggers’ “amnesia” of past successes, slurred southern rap twang riding an imperious Timbaland beat.
Elsewhere, “I’m a multimillionaire / So how is it I’m still the hardest n**** here?” boasts and swaggering talk of frequenting Big Apple housing projects on hipster rap-baiting DOA (Death of Auto-Tune) ring a touch hollow. But it illustrates his status in the city that never sleeps. Until an heir apparent steps up, The Blueprint 3 confirms Carter is clinging to his crown as king of New York hip hop.