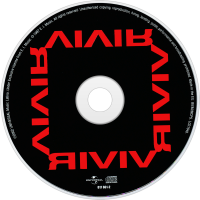 Vivir is the second Spanish album from pop singer Enrique Iglesias. This album was a successful release for the singer. The album includes three number 1 singles on the Billboard Hot Latin Tracks charts in United States: "Enamorado Por Primera Vez", "Sólo En Ti" and "Miente".
In the United States it was certified gold and platinum on May 6, 1997.
This album received a Grammy Award nomination for Best Latin Pop Album at the Grammy Awards of 1998, losing to Romances by Luis Miguel. The album received a Premio Lo Nuestro award for "Pop Album of the Year".