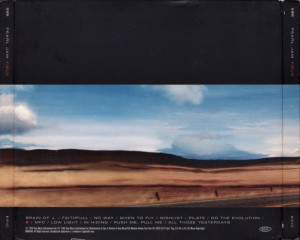 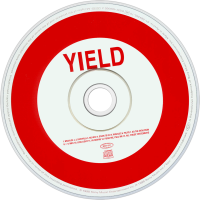 Yield is the fifth studio album by the American alternative rock band Pearl Jam, released on February 3, 1998. Following a short promotional tour for its previous album, No Code (1996), Pearl Jam recorded Yield throughout 1997 at Studio Litho and Studio X in Seattle, Washington. The album was proclaimed as a return to the band's early, straightforward rock sound, and marked a more collaborative effort from the band as opposed to relying heavily on frontman Eddie Vedder to compose the songs. The lyrics deal with contemplative themes, albeit seen in a more positive manner compared to the band's earlier work.
Yield received positive reviews and debuted at number two on the Billboard 200, but while like No Code the album soon began dropping down the charts, Yield eventually outsold its predecessor. The band did more promotion for the album compared to No Code, including a return to full-scale touring and the release of a music video for the song "Do the Evolution". The record has been certified platinum by the RIAA in the United States. The album is Pearl Jam's last release with drummer Jack Irons, who left the band during the album's promotional tour.
For its fifth album, Pearl Jam again worked with producer Brendan O'Brien, whom the band had worked with on its previous three records. Yield was recorded throughout 1997 in Seattle, Washington at Studio X and Studio Litho, the latter of which is owned by guitarist Stone Gossard. The album was then mixed by O'Brien at his mixing facility at Southern Tracks in Atlanta, Georgia. The album would be the last collaboration with O'Brien for several years. They would not work with the producer again until he was brought onboard in 2008 to remix their debut album Ten and to produce 2009's Backspacer.
Compared with Vitalogy and No Code, Yield represented more of a team effort between all members of the group. Lead vocalist Eddie Vedder had made the final decisions for the albums Vitalogy and No Code; however, at the end of the No Code recording sessions, Vedder suggested to bassist Jeff Ament that it would be better for the other members to write and bring in more complete songs so Vedder would be under less pressure to finish the songs. Ament said that "everybody took that to heart," and O'Brien added that most of the songs came to the studio finished. Ament also said that Vedder's reaction to the rest of the band's new material kept "everybody energized about their place in the band." Vedder worked with the other band members on their own material before work was started on his. Guitarist Mike McCready noticed a change in Vedder's attitude during the recording of Yield, stating, "I used to be afraid of him and not want to confront him on things ... We talk more now, and hang out ... He seems very, very centered now."