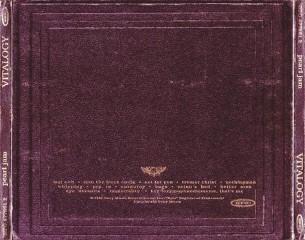 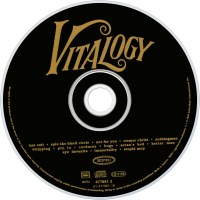 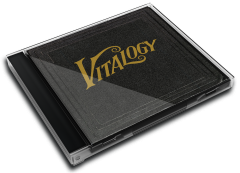 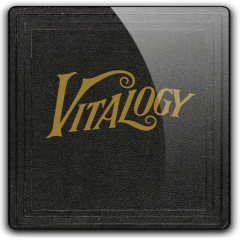 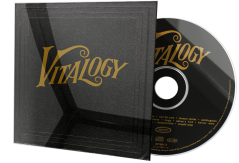 Vitalogy is the third studio album by the American alternative rock band Pearl Jam, released on November 22, 1994 through Epic Records. Pearl Jam wrote and recorded Vitalogy while touring behind its previous album Vs. (1993). The music on the record was more diverse than previous releases, and consists of aggressive rock songs, ballads, and several experimental tracks.
Vitalogy was packaged in a booklet that replicated material from a 1920s medical book of the same name. The album was first released on vinyl record, followed by a release in other formats two weeks later on December 6, 1994. Upon its CD release, Vitalogy became the second-fastest-selling album in the band's history, behind only Vs. The album has been certified five times platinum by the RIAA in the United States.
In 2012, Rolling Stone magazine listed the album at #485 on its list of The 500 Greatest Albums of All Time.
For its third album, Pearl Jam again worked with producer Brendan O'Brien. The band wrote many of the songs during soundchecks on its Vs. Tour and the majority of the album's tracks were recorded during breaks on the tour. The first session took place late in 1993 in New Orleans, Louisiana, where the band recorded "Tremor Christ" and "Nothingman". The rest of the material was written and recorded in 1994 in sessions in Seattle, Washington and Atlanta, Georgia, with the band finishing the album at Bad Animals Studio in Seattle after the tour's completion. "Immortality" was written in April 1994 when the band was on tour in Atlanta. Sources state that most of the album was completed by early 1994, but that either a forced delay by Epic, or the band's battle with ticket vendor Ticketmaster, were to blame for the delay.