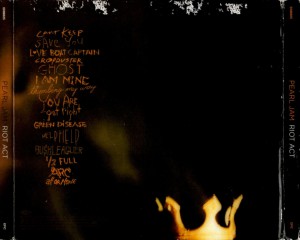 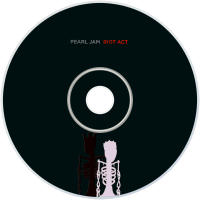 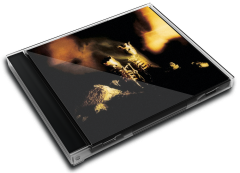 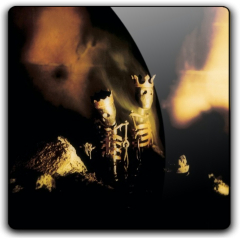 Riot Act is the seventh studio album by American alternative rock band Pearl Jam, released November 12, 2002 through Epic Records. Following a full-scale tour in support of its previous album, Binaural (2000), Pearl Jam took a year-long break. The band then reconvened in the beginning of 2002 and commenced work on a new album. The music on the record featured a diverse sound, including songs influenced by folk, art rock, and experimental rock. The lyrics deal with mortality and existentialism, with much influence from both the political climate after the September 11, 2001 terrorist attacks and the accidental death of nine fans during Pearl Jam's performance at the 2000 Roskilde Festival.
The band supported the album with a politically charged concert tour in 2003. Riot Act was the band's last album of all-new material for Epic. The album received mostly positive reviews, and has been certified gold by the RIAA in the United States.

User Album Review
If ever a band stood for innovation rather than imitation then Pearl Jam are it. Riot Act is the seventh album from the Seattle five-piece and the strongest indication yet of a band refusing to compromise their direction regardless of commercial pressures or musical trends.
Certainly, with the current climate favouring nu-grunge outfits such as Nickleback and Puddle of Mudd, now would be as good a time as ever for the Seattle band to return to the fray and deliver an album of anthemic-styled grunge. Considering the decline in previous album sales, some might argue it would be the most sensible thing to do.
However, Pearl Jam have rejected this route. Instead, Riot Act is an album full of rustic melodies and angular guitars, a record that is more Neil Young than Nirvana. While it may seem a brave move it hardly comes as a surprise. Ever since 96's No Code, their career path erred towards a semi-acoustic trajectory. 2000's Binaural straddled a laid-back experimental palette that left anyone pining for the Pearl Jam of old sorely disappointed.
Riot Act explores this direction even further. The first single to be taken from the album, "I am Mine", is as near as Pearl Jam have come to touch balladry. Refined guitars, complete with concluding modest solo, produce a soothing, yet simultaneously achingly vulnerable song; albeit one that is so middle of the road you can almost see the white markings.
Although maturity has served Pearl Jam well, this record is far from representative of a band growing old gracefully. Check out the unsettling opener "Can't Keep" and the strident dynamism of "Save You". These tracks are perfect slices of unreconstructed rock; evidence that Pearl Jam never lost the art of penning memorable tunes.
Riot Act reaffirms Pearl Jam's place in rock: not so much grunge survivors as experimental rock flag-wavers. Eleven years on from their epochal debut Ten, an album that paved the way for the Seattle grunge scene, Pearl Jam may well have finally have laid the ghost of their past to rest. Who would have thought it?