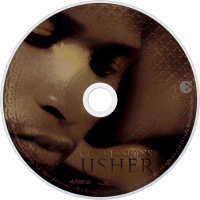 The album was an instant commercial success in the United States, selling 1.1 million copies in its first week. Its continued success was bolstered by its four chart-topping singles. As a strategy to boost its sales amid threats of bootlegging, a special edition was issued with the hit single "My Boo". Despite some mixed criticism towards its lyrical substance, Confessions received mostly positive reviews and earned Usher several awards, including a Grammy Award for Best Contemporary R&B Album.

The album has sold over 10 million copies in the US and has been certified diamond by the Recording Industry Association of America (RIAA). The album has been regarded by music writers as Usher's greatest work, and according to Billboard, is the second best-selling album of the 2000s decade in the US.