I've Been Expecting You 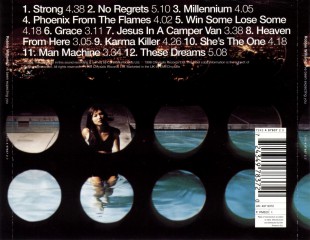 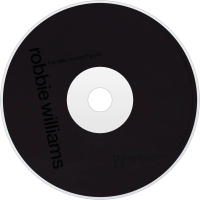 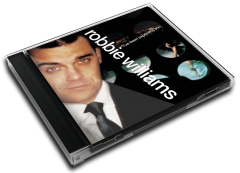 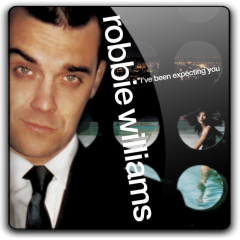 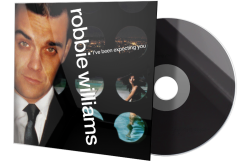 I've Been Expecting You is the second studio album by British singer-songwriter Robbie Williams.

Williams and Chambers started the writing process of the album in Jamaica in the spring of 1998. I've Been Expecting You was released in October 1998. It debuted at #1 on the UK Albums Chart, and went on to become the UK's best selling album for that year. According to the BPI, the album has sold 2,563,106 copies in the UK as of June 2009, and has been certified 10x Platinum for shipments of 3 million copies. It is Williams' best selling album in the country and the 38th best selling album of all time. The album also received attention outside the United Kingdom, particularly in continental Europe and Latin America, and has sold a total of five million copies worldwide. Williams finished album promotion with an extensive European Tour in the autumn of 1999. I've Been Expecting You was ranked ninety-first in a 2005 survey held by British television's Channel 4 to determine the 100 greatest albums of all time.

In 1998, Williams was sued by Ludlow Publishing over the song "Jesus in a Camper Van", because it lifted lyrics from the Loudon Wainwright III song "I Am The Way", from his album Attempted Mustache. The lyric to "I Am the Way" is as follows: "Every son of God has a little hard luck sometime, especially when he goes around saying he's the way." The lyric to "Jesus in a Camper Van" in question is: "Even the son of God gets it hard sometimes, especially when he goes around saying, I am the way." Williams claimed that he had heard a young man say the line whilst in rehab, and only found that it was a line from Wainwright's song after he had already recorded it. Williams' agents called Wainwright to notify him about this, but Wainwright had little say in the matter; "I Am the Way" was a parody of the Woody Guthrie song "New York Town"; Ludlow Publishing owned the line's copyright. In 2002, Ludlow Publishing won the lawsuit, receiving 25% of the income that "Jesus in a Camper Van" garnered, and subsequently, the album was re-issued replacing "Jesus in a Camper Van" with "It's Only Us".

User Album Review
Robbie Williams’ second solo long-player saw the one-time boyband singer stretch his creative wings in a fashion entirely unexpected, embracing not only sumptuous (read: overblown to some ears) string arrangements but also bruised pop-soul and boisterous, hook-heavy rock.
While his debut, the preceding year’s Life Thru a Lens, was an album typical of its type, full of missteps in pursuit of a sound guaranteed to maintain a long and successful career, I’ve Been Expecting You focused on the finest aspects of its predecessor to come across as a 12-track collection with emphasis on accessibility only through greater investment of attention. While it lacked a sing-along anthem in the mould of Angels ”“ Millennium is a wholly different-of-mood piece ”“ Williams and his songwriting partner Guy Chambers achieved a consistency that marks this record out as perhaps his strongest to date.
Granted, there’s no real single of memorable note beyond the aforementioned over-ubiquitous John Barry-sampling number, but the bitterness of Karma Killer ”“ the line “I hope you choke on your Bacardi and Coke” may seem trite on paper, but Williams’ delivery confirms he means business ”“ and the wonderful No Regrets, featuring subtle backing vocals from Pet Shop Boys’ Neil Tennant and The Divine Comedy’s Neil Hannon, are songs that keep the listener engaged with the narrative. And it’s here that I’ve Been Expecting You impresses ”“ our once cocksure protagonist reveals a sensitive side, often sounding broken by the weight of emotion and expectation, and is all the more endearing for it. His stories seem real, believable, and sympathies are stirred.
“I don’t want to hate, but that’s all you’ve left me with / A bitter aftertaste and a fantasy of how we all could live”, from No Regrets, is a telling line. After the paparazzi-baiting and headlines-courting hi-jinx of his debut, Williams found the cheekiness had drained away somewhat for this often reserved and only intermittently energised set. Even Millennium, the record’s upbeat high, offers an idea of where Williams’ head was at: “Come and have a go, if you think you’re hard enough”.
Few critics dared to knock the man down a peg or two, as by being lyrically open like never before Williams scored his greatest album hit yet. That’s ten times platinum and counting, since you asked, and little he’s produced since has seemed quite so times-defining of content.