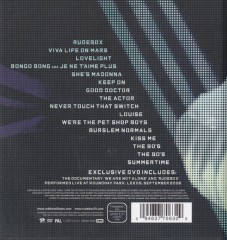 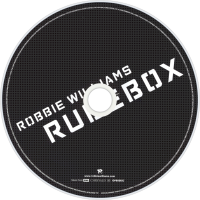 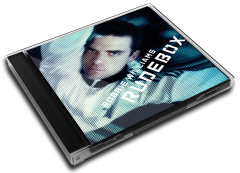 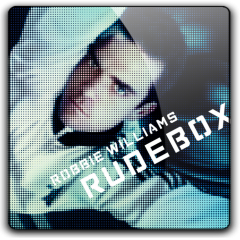 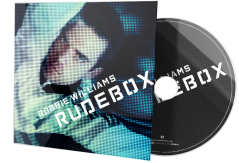 Rudebox is the seventh studio album by English singer-songwriter Robbie Williams, released on 23 October 2006 in the United Kingdom.
The album features collaborations with William Orbit, Mark Ronson, Soul Mekanik and two collaborations with the Pet Shop Boys: "She's Madonna" and "We're the Pet Shop Boys". Lily Allen provides backing vocals on the songs "Bongo Bong and Je Ne T'aime Plus" and "Keep On". Williams covers five songs on the album: "Louise", a 1984 hit for The Human League, "Kiss Me", the biggest hit for Stephen Duffy, "Lovelight" by Lewis Taylor, "We're the Pet Shop Boys" by My Robot Friend, and "Bongo Bong and Je Ne T'aime Plus", by Manu Chao.
Williams himself spoke fondly of the album upon its release;
"It has become something on which I've found myself. This is the right direction for me personally, this is what it is. I saw the whole Robbie thing coming to a close as it was, I couldn't make another album like the ones I'd made, and this has just opened up a thousand other doors. What I am excited about now is making more music. I love all the stuff on the album, I love Rudebox, it's a favourite song of mine. I don't know what's gonna happen now, I'm excited about getting it out there, but I'm more excited about making more."
The album is a mixture of covers and new tracks in addition to 'Summertime' which was originally written when Williams left Take That and appeared in the credits of [Bassett: England Manager'.]Getting a mixed reception from critics, the album reached the top position in fourteen countries including United Kingdom, Australia, Switzerland, Germany, Mexico, Argentina, Spain, Italy and Finland.

User Album Review
There's been much speculation about Robbie's new direction since the release of "Rudebox" the single, but "Rudebox" the single isn't typical of Rudebox the album. In fact, nothing is. It's an eclectic mix of pop ballads, disco, 80s electronica, noughties poetic rap, with a touch of hip hop and a twinge of country.
William Orbit and Soul Mekanik productions sit with a funky reworking of Manu Chao's "Bongo Bong/Je Ne T'aime Plus" (one of two tracks to feature Lily Allen), a replica of the Human League's "Louise", and a cover with the Pet Shop Boys on a cover about the Pet Shop Boys. Confused? It's a confusing album.

There are a couple of tracks that wash over you but the album's a grower and some of the hooks will follow you around for hours. "Good Doctor", a tongue-in-cheek take on drugs, has bags of energy and the Stephen Duffy "Kiss Me" is brilliant. 'She's Madonna' ('I love you baby, but face it she's Madonna') is a weird but fun tune about Queen Madge.
He bares his soul in a pair of melodic Streets-esque raps - "The 80s" is a captivating tale of his school years, while "The 90s" offers an intriguing, honest account of his life in Take That.
"Summertime" is old-school Robbie - a great pop song - and would be a lovely end to this 74 minute rollercoaster but there's a bonus track, "Dickhead", which more than explains the Parental Advisory stamp.