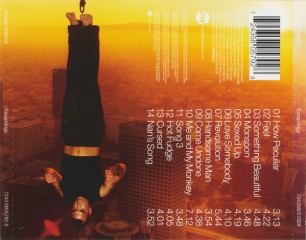 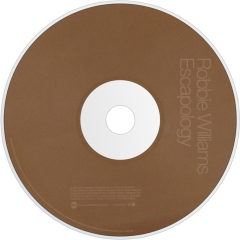 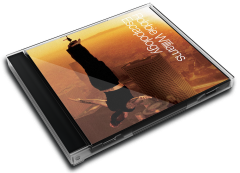 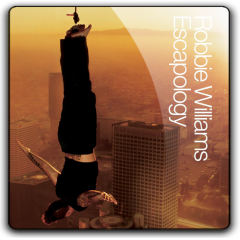 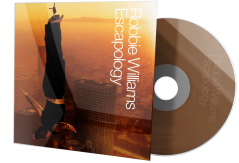 Escapology is the fifth studio album by English singer-songwriter Robbie Williams.
In 2002, Williams signed a record-breaking Â£80 million contract with EMI. The contract featured a number of provisos, including the label ceding greater creative control to the artist and a commitment to breaking Williams in the American market. In return, EMI affirmed they would benefit from a cut of Williams' non-recording activities, including touring, publishing, and merchandising, thus protecting the company from any commercial downturn in the singer's album sales. So far it has become the biggest music deal in British history. Williams began working on what would be his fifth studio album, after a year out from recording. The album heralded a new era for Williams, as he had taken a more active role in the making of the album, giving an indication of his growing confidence in the studio. "One Fine Day", "Nan's Song" and "Come Undone" were the first three songs that Robbie wrote without Guy Chambers' input. The majority of the album was recorded in Los Angeles. "Escapology" was arguably conceived as a concept album, due to its lyrical content being totally reflective of Williams' life as a popstar. The album focuses on his his hopes and fears. Williams stated: "Half of the album it is written from the standpoint of 'Look, this is really me with my tears of a clown. Do they love me or hate me?' The rest of it is about somebody that I have to think I am to get up onstage. Because little me wouldn't get up there. It's too scary!" As the contract stated, EMI attempted to break Williams in the American market, and such, asked him to tweak Escapology to suit the market. As such, the American release shuffles the song order, removes "Song 3", "Hot Fudge", "Cursed", and one hidden track, and adding "Get A Little High" and "One Fine Day", and making "How Peculiar (Reprise)" a main album track instead of a hidden track. Williams promoted the album on shows such as Good Morning America, Last Call with Carson Daly and the Tonight Show. This version of the album won the award for 'Best Album by a Solo Male' in the International Category at the Oye! Awards in Mexico.

User Album Review
It's impossible to write about Robbie Williams' music without looking at the bigger picture. Self-proclaimed King of Light Entertainment, his every move is documented in the press and he's now the most expensive man in pop thanks to his new Â£80 million record deal. Robbie is more than just a singer. He's an all round entertainer and the closest thing to a superstar this country has produced in the past 10 years.
As if to hammer the point home, Robbie's return to the limelight after a years break "Feel"is one of his greatest singles ever. Just as "Angels" starts to lose its magic as the ultimate lighter in the air, tear in the eye moment at any Robbie performance, he comes up with another majestic blinder.
With "Feel" so early in the album, it's easy to lose momentum initially with the remaining tracks, but given a few listens Escapology reveals all the dark emotion, showmanship and tongue-in-cheek arrogance that gives Robbie his charm. The Guy Chambers song writing partnership has once again delivered the goods, maturing Robbie's style confidently with a new found rawness and live feel.
It may be raw, but Robbie certainly hasn't lost his accessibility. "Monsoon" nods acknowledging to Queen, all strutting guitars and Freddie vocals and "Handsome Man" is perhaps a final homage to his own self parody. All the wry humour and ego is still there, but with lyrics like, "I'm going to milk it 'til it turns to cheese" and enough stadium rock to get any crowd bouncing, it can't help but raise a smile.
"Come Undone", surely a future single release is another highlight, as is "Me and My Monkey", with its trumpets, Spanish guitar and daft lyrics. The surprise of the album though is Robbie's first solo writing credit. "Nan's Song" is a beautiful strings and acoustic guitar song number and a fitting conclusion to his best album yet.
Cynics may scorn at Robbie; he's got it all and he isn't afraid to acknowledge it. The thing to remember though is that we should forgive him, because he's Robbie and he's great.