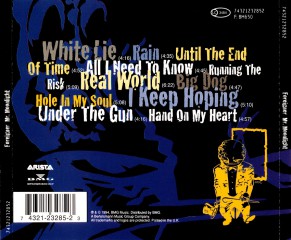 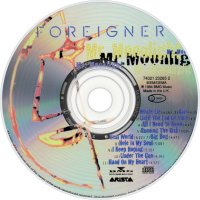 Mr. Moonlight is the eighth studio album by American rock band Foreigner, released in 1994. The album was the first full-length release with original singer Lou Gramm since 1987's Inside Information. (Gramm had left the band in 1990, but re-joined in 1992.) Prior to recording this album, Gramm also sang lead on three newly-recorded tracks on Foreigner's 1992 best-of compilation.
This was also the group's first album in 15 years without longtime members Rick Wills (who joined the band in 1979) and Dennis Elliott (who was a founding member). To date, this is Foreigner's final studio release with Gramm, and it was the band's final studio release in the 20th century. A track entitled "Crash And Burn" was also featured on the Japanese import edition.