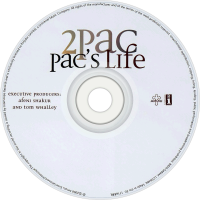 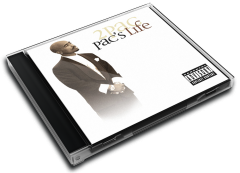 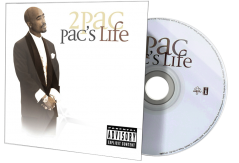 Album Review
Beatles’ fans might debate whether new mash-up album “LOVE” is tantamount to sacrilege, but other genres have slightly fewer issues when it comes to taking a bit of post-career artistic license. Take US hip hop, for instance, where bullet wounds buy you status (see: Fiddy Cent, The Game) and milking dead cash cows has become something of an art form.
Overdosing/being shot provided a welcome career boost for both ODB and Notorious BIG, but the undoubted daddy of beyond-the-grave rap remains Tupac Shakur. Since his brutal slaying more than ten years ago, Pac has been vastly more successful in death than he ever was in life – selling some 75 million records, having a performing arts college named after him, and the dubious honour of a number one collaboration with Elton John.
“Pac’s Life” is the latest album (the 6th since his death) to grease the production line and cement his deification as the Lady Di of gangster rap. However, despite production makeovers by the likes of Swizz Beatz and guest appearances from Snoop, Ludacris and Chamillionaire, this collection of previously unreleased tracks only confirms that: (a) Tupac was a much better actor than he was a rapper; and, (b) the well of posthumous of material is beginning to dry up.
With editorial control handed over to his mother, Afeni, the few passable moments are backward-looking, and beyond the resurrected G-Funk that staples together “Whatz Next” and “International” there is little here to enhance his reputation. And while mum’s gushing sleevenotes whittle on about Tupac’s spirit watching over the project and suggesting possible collaborators, you can’t help thinking that the man himself is probably ready to rest in peace.
While there’s nothing bizarre as last year’s Bob Marley/Notorious BIG duet, “Pac’s Life” is - at best - an ill-befitting tribute, and can surely only be of interest to the most die hard of fans.