13) Thank You Baby! (for Makin' Someday Come So 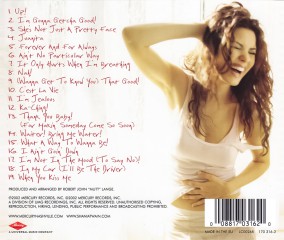 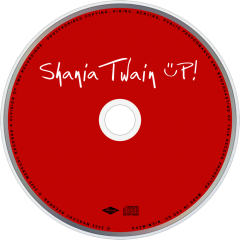 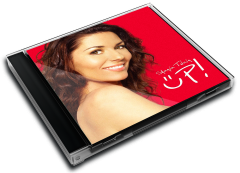 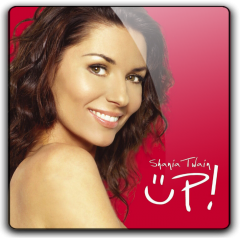 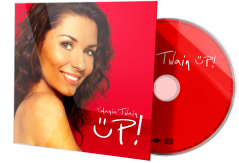 Up! is the fourth studio album released in 2002 by Canadian singer Shania Twain. Three versions of the album were released: a pop version (red disc), a country version (green disc), and an international version (blue disc) in the style of Indian music; all three discs contain exactly the same track listing and feature distinctly identifiable picture labels (for example, Shania sports a cowboy hat on the green country disc.) In the U.S., Up! debuted at #1 with sales of 874,000 copies. On September 23, 2004, the RIAA certified Up! at 11× Platinum, giving her the distinction of being the only female artist to have three consecutive Diamond albums released in the United States. As of 2011, Up! has sold 5.5 million copies in the U.S. and 20 million worldwide.

User Album Review
PS! This Tracklist (and Fanart) is for the EU-Single Disc release (170 316-2) only! The moust know'n releases is a 2CD release (Red-Green/Blue-Disc (blue for EU) but the track list are the same. the Red one containing the "pop" versions of the album's 19 songs and the Green/Blue one containing the "country" arrangements of the same songs. You find all the Fanarts at Fanart.tv (https://fanart.tv/artist/faabb55d-3c9e-4c23-8779-732ac2ee2c0d/twain-shania/)